Breast milk could help in fight against COVID-19 in young children, research shows 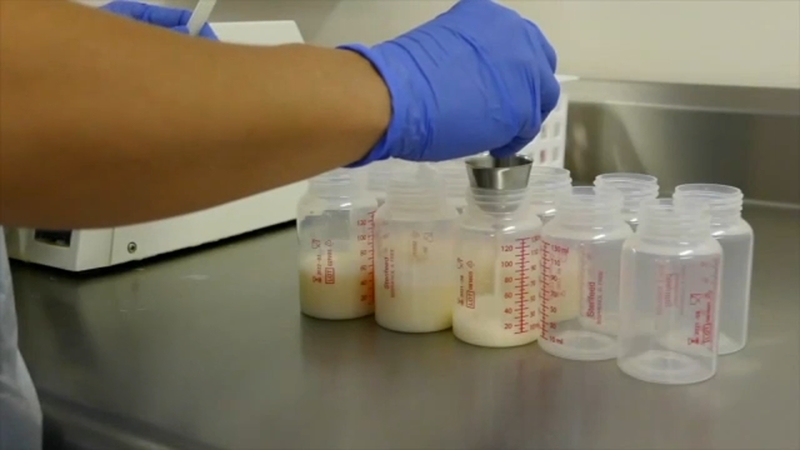 Breast milk could help in fight against COVID-19 in young children, research shows

CINCINNATI, Ohio -- New research is examining whether antibodies found in breast milk could help fight off and treat severe cases of COVID-19.

"There's a lot of chatter about that, and I think that's exciting," said Dr. Laura Ward, a neonatologist at Cincinnati Children's Hospital Medical Center.

The research is still in its infancy, but Ward said there is evidence that breast milk contains antibodies that help protect against lower-respiratory issues, WCPO reported.

"It makes sense that breastfeeding is protective against this virus," Ward said. "I think we're just starting to come up with that evidence for sure."

This new research is also part of the reason why new mothers who have contracted COVID-19 are encouraged to keep breastfeeding their child.

"It's been a huge relief," said Debbie Pappadakes, a new mom who had COVID-19 in November. "I feel really good about the fact that such a small person has been exposed and is now getting an immune response [doctors] think that hopefully will protect him if he does get exposed again."

When baby Pappadakes had to go on a new diet, though, rather than get rid of her saved breast milk, Pappadakes took to Facebook to see if she could share her breast milk with others.

"To have the antibody potential... is such a blessing, especially for somebody that might not be able to breastfeed at all," she said.

Informal milk sharing is a thing, and other new moms who might not be making new milk are gladly taking the donated milk.

"I just wanted to give him a head start," new mom Emily Jump-Reitz, who had COVID-19, said. "I was not making any more milk, so I was not able to share any of the antibodies I was making."

However, bacteria and viruses can be transferred through breast milk, too, which is why some doctors advise against it.

But for Jump-Reitz, the potential protections offered from the donated breast milk are worth it.