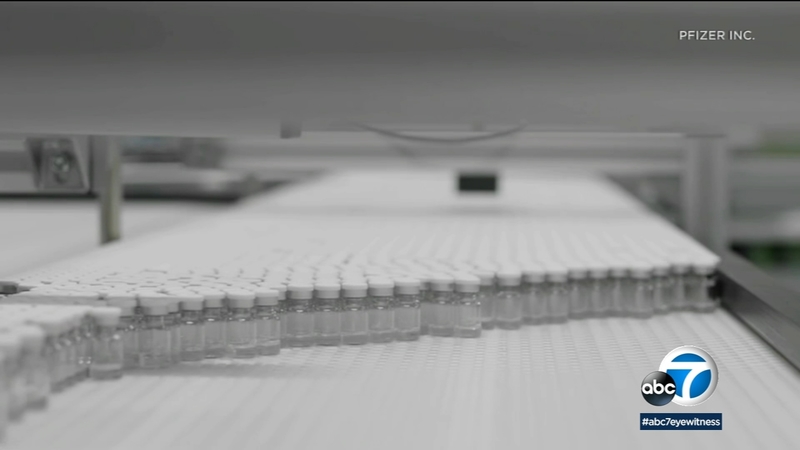 LOS ANGELES (KABC) -- As the possibility of a vaccine for COVID-19 takes shape, the Los Angeles County Board of Supervisors voted Tuesday to explore whether schools should be used as a key resource in rolling out vaccinations.

Supervisor Janice Hahn recommended that the Department of Public Health work with school districts to evaluate the feasibility of setting up mass vaccination sites at local schools. The department is expected to report back to the Board in 30 days on whether the idea is a viable option.

"We're going to be faced with one of the largest vaccination efforts ever, and we need to be prepared," Hahn said.

Hahn said she had a long conversation with Los Angeles Unified School District Superintendent Austin Beutner and was grateful for his willingness to partner to distribute vaccines.

"Communities know and trust their local schools, and they would be ideal for getting families vaccinated," Hahn told City News Service on Monday. "This isn't a new idea. I remember getting the polio vaccine on a sugar cube at school when I was a child."

What do we know about the vaccine and how will the timeline of distribution impact you? Hit play to learn more.

Hahn said schools are also uniquely positioned to follow up with families if one of the vaccines requiring a series of two doses is ultimately approved.

Beutner reminded the board that 80% of LAUSD students' families live in poverty and cited estimates that more than three-fourths of those families have suffered a job loss as a result of the coronavirus pandemic.

"Los Angeles Unified is committed to working with the county Board of Supervisors ... in every way possible to help end the public health crisis so students can return to schools as soon as possible, in the safest way possible," the superintendent said.

County public health officials have already released an interim report on a plan for allocation, distribution and administration of whatever vaccine is ultimately approved. However, Hahn said she was disappointed not to see more specifics in that report.

Barbara Ferrer, the county's top public health official, assured the board that her team is ready and is playing a significant role on the state's task force on distribution. But more information is needed.

"We haven't gotten a plan from the federal government," Ferrer said.

When available, any vaccine will be released directly to the county as well as to Cedars-Sinai, which Ferrer said has been selected as the hospital partner for distribution in Los Angeles County.

The discussion comes as four vaccines have reached Phase 3 clinical trials in the U.S. Pharmaceutical company Pfizer announced on Monday that early data shows its vaccine could be up to 90% effective.

Dr. Anthony Fauci, the U.S. government's top-infectious disease expert, said the results suggesting 90% effectiveness are "just extraordinary," adding: "Not very many people expected it would be as high as that."