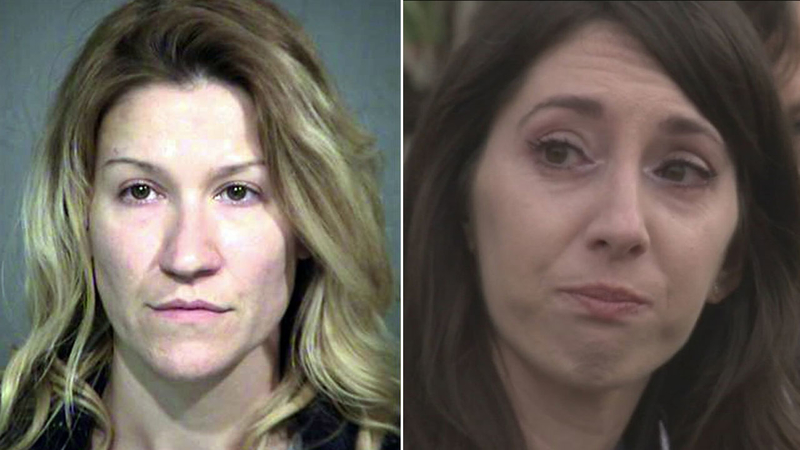 FULLERTON, Calif. (KABC) -- A perceived victim in a bizarre case in Orange County is now a defendant accused of framing her husband's ex-fiancee.

Through tears, Michelle Hadley spoke Monday about the relief she felt after a judge cleared her of charges that could have put her in prison for life.

The 30-year-old served three months in jail, accused of posing as her ex-fiancee's wife, Angela Diaz, and soliciting rape fantasy ads on Craigslist.

At a news conference, Rackauckas exonerated Hadley and filed charges against Diaz.

The DA said she used virtual private networks pretending to be Hadley to send threatening emails to herself and to respond to the ads.

Men answered the ads and showed up at her home, attempting to rape her, which she reported to police, blaming Hadley.

"In about September we started getting some of these IP addresses back, and we realized they were coming back to Ms. Diaz's condo," shared Deputy District Attorney Rick Zimmer.

Anaheim police said they arrested Hadley because there was a real threat to public safety. They released her three months later. Detectives filed 55 search warrants to help clear her name.

"She's always maintained her innocence," said Michael Guisti, Hadley's lawyer. "Unfortunately, nobody listened. She was interviewed in depth by Anaheim PD when she was taken in."