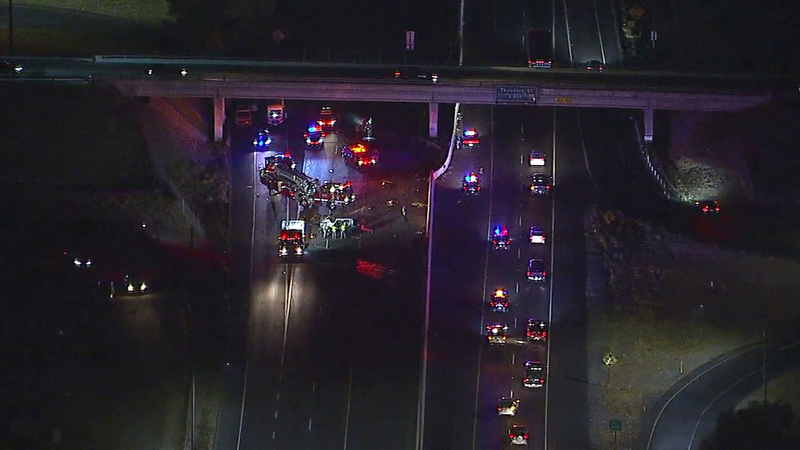 Investigators said three cars were involved in the wreck, with one car hitting a guard rail and flipping over around 7:32 p.m.

The car lost control and killed four people inside when it flipped over.

Riverside County firefighters responded to the scene, and first reported victims trapped and others who were ejected. One person suffered serious injuries and was transported to a hospital.

The other two drivers fled the scene, authorities said.