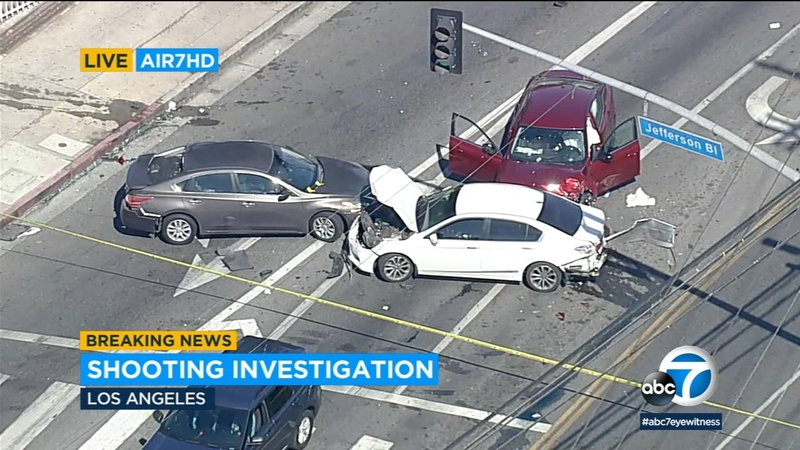 SOUTH LOS ANGELES (KABC) -- A person was shot Wednesday morning in South Los Angeles and then drove several blocks before being involved in a three-car crash at an intersection, where the wounded individual died, authorities said.

The shooting occurred about 11:30 a.m. in the area of 21 st Street and Central Avenue, a spokesperson for the Los Angeles Police Department said.

The shooting victim managed to drive a maroon-colored sedan to the intersection of Jefferson Avenue and San Pedro Street, where the car was involved in a pileup with two other sedans, according to investigators. The crash site was located just over a mile away from the scene of the shooting.

Whether the surviving drivers were injured in the crash was unclear.

The shooting victim was not immediately identified, and a description of the suspect was unavailable.

The intersection of Jefferson and San Pedro was partially closed as the LAPD investigated.