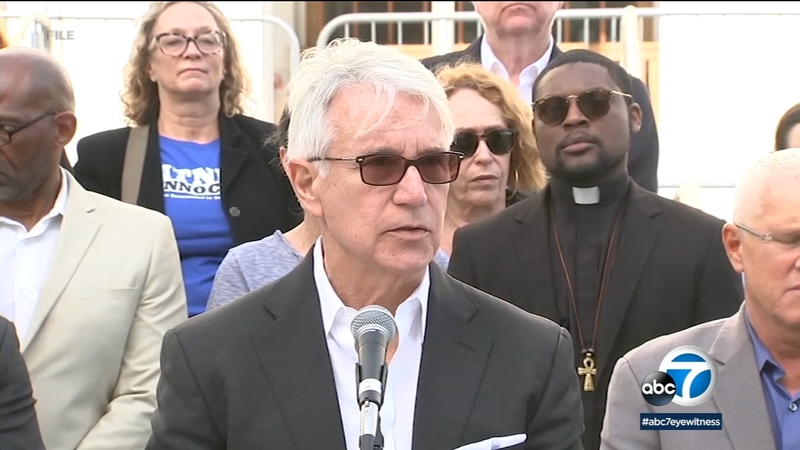 Immediately after taking office, Gascon issued a special directive that effectively ends cash bail, the death penalty and sentencing enhancements in L.A. County prosecutions. Critics say the directive is a blanket requirement that will release violent offenders back onto the street where they could reoffend.

"He's running a social experiment that is dangerous for all of us because his whole goal is to release all these criminals out there in the street, and somehow they're magically going to behave. And that simply isn't going to happen," said attorney Samuel Dordulian, who is representing several families of crime victims.

In one case, a baby sitter is accused of beating a 6-month-old girl with a blunt object, shattering the baby's skull and causing severe brain damage. The girl, now 3-years-old, is blind and forced to eat through a feeding tube.

Dordulian says under Gascon's new directives, the baby sitter can no longer be charged with a great bodily injury enhancement which could have sent the woman to prison for up to 10 years.

"Once the great bodily injury allegation is stricken, that person qualifies for probation. And they will be getting probation," Dordulian said. "That means they get to go out and walk amongst the streets and potentially harm another child."

In another case, a man is accused of shooting his girlfriend, 20-year-old Sharlene Conde, eight times in the face. Dordulian says the deputy district attorney handling the case fears Gascon's directives will require her to reduce the charge from first degree murder to voluntary manslaughter, potentially leading to probation for the man.

Eyewitness News reached out to Gascon's office for comment. The spokesman for Gascon's transition team, Max Szabo, labeled Dordulian's accusations "absurd" and "salacious" with "no basis in fact."

"This attorney appears to be actively recruiting new clients, and his salacious application of the law leaves little doubt as to why," wrote Szabo.

Meanwhile, a Facebook page pushing to recall Gascon has already garnered nearly 16,000 followers in less than a week.

And some of the roughly 800 deputy district attorneys who work for Gascon say prosecutors are being reprimanded just for noting in court records that they don't agree with some of the directives.