Criminal record of 'violent' O.C. stabbing suspect under scrutiny after he was released from prison 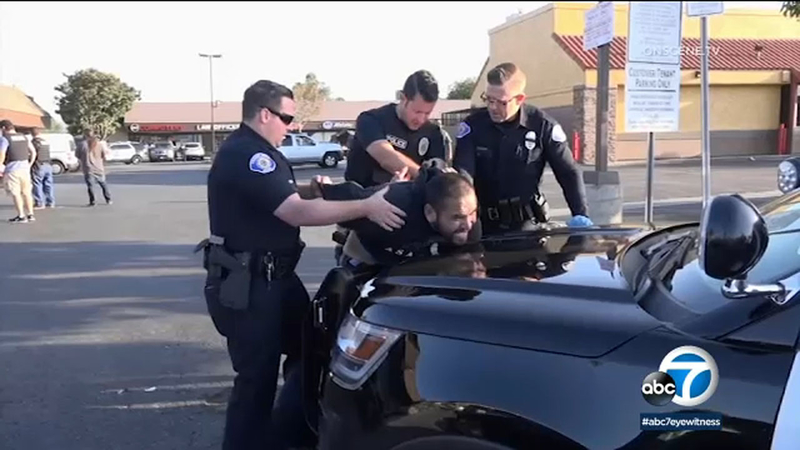 As law enforcement officials and crime experts review the criminal history of the suspect in an Orange County stabbing rampage that left four people dead, a new debate on prison reform is opened.

Suspect Zachary Castaneda, a 33-year-old convicted felon, was released from prison in 2014 for non-violent crimes. But, Castaneda is facing more prison time after he was charged with 11 felony counts Thursday in connection with a two-hour rampage across two cities.

Garden Grove Police Chief Tom DaRe blasted AB 109, the state legislation devised to cut California's soaring prison population and allow non-serious offenders to be sent back to local jails or released on probation, as the cause for Castaneda being back on the streets.

"Based on his prior arrest record, he is a violent individual who should have never been considered for early release based on Assembly Bill 109," said Chief DaRe.

But a scholar of AB 109's impact disputes DaRae's claims.

"AB 109 did not give Zachary Castaneda early release...this would have happened without AB 109 in place," said UC Irvine criminology professor Charis Kubrin.

Kubrin observes that Castaneda served the time required for drug and weapon possession.

Before the stabbing spree, he was arrested again for violent and serious felonies resulting in three separate criminal cases but was let out on bail.

Now, questions are emerging about community supervision by the Orange County Department of Probation in the years following his 2014 release from prison. The department declined to comment on their contact with Castaneda or about any programs to rehabilitate him.

"What decisions were being made, how were they being made that may have contributed to this. Why was he not returned to state prison, at some point, after so many violations," asked Kubrin.

AB 109 is a frequent target of law enforcement because of high-profile crimes, including the murder of officers carried out by released felons.

"I think elected officials and the voters have to pay close attention to what is going on here. Because if we don't take action soon we are going to have more victims," said Tom Dominguez, president of the Orange County Association of Deputy Sheriffs.