KABC
PARIS -- There was a glimmer of hope in the aftermath of the massive inferno that damaged the beloved Notre Dame cathedral in Paris.

The towering fire is now extinguished. Amazingly, some of the interior of the structure withstood the flames including one of the most priceless relics - the Crown of Thorns, believed to have been placed on Jesus' head at the Crucifixion, and a cross at the altar.

Firefighters formed a human chain in order to save the relics, the Associated Press reports. Anne Hidalgo, the city's mayor, confirmed on Twitter that the tunic of St. Louis and other important works of art had been moved to a safe place.

The blaze swept across the top of the soaring Paris landmark, collapsing its spire as locals and tourists watched aghast from the streets.

In interior footage released Monday night, smoldering ashes can be seen, along with red embers falling from the roof. 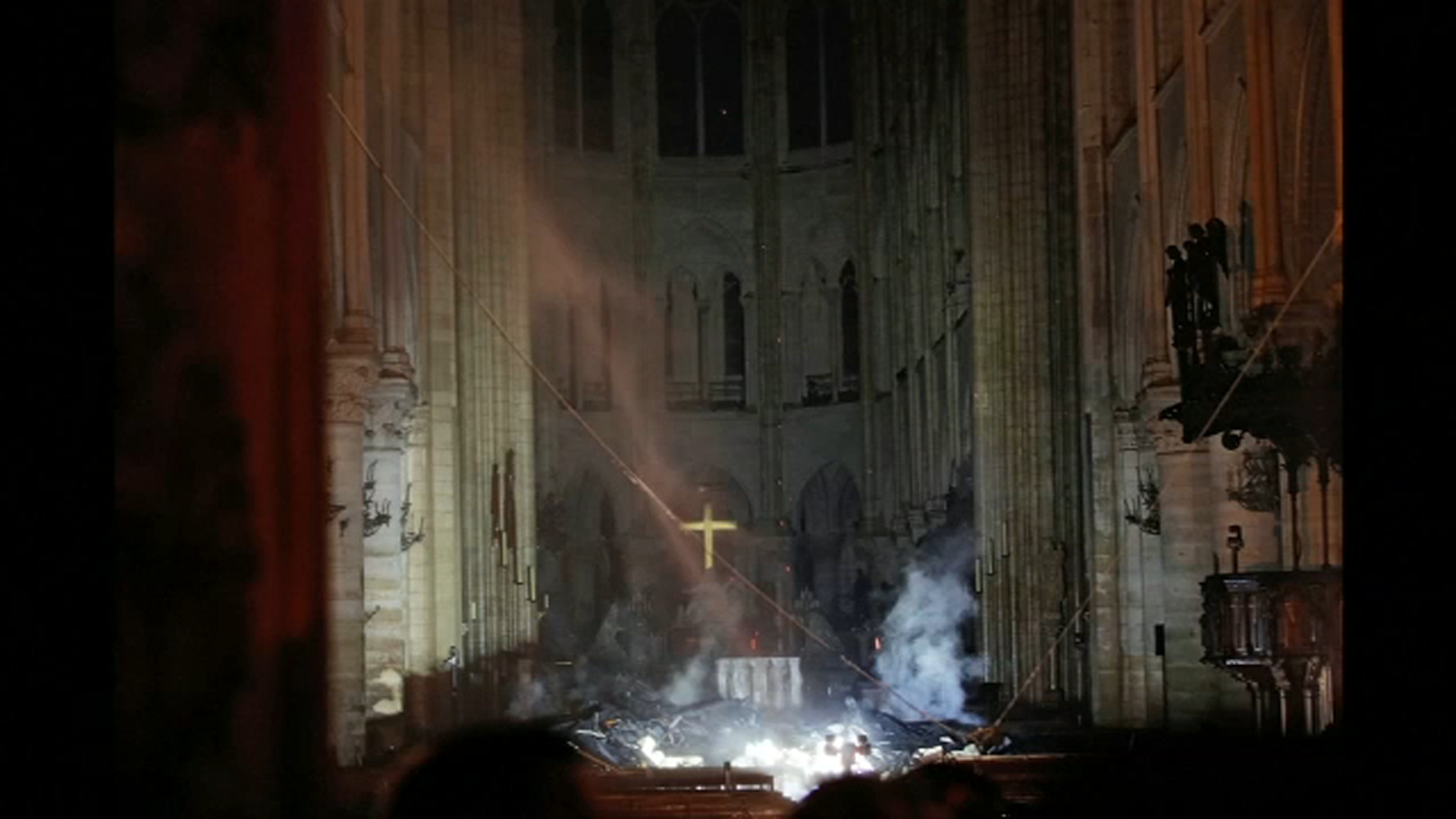 Firefighters declared success Tuesday morning in their more than 12-hour battle to extinguish the flames that engulfed the iconic Notre Dame cathedral.

What remained was a blackened shell of the monument immortalized in Victor Hugo's 1831 novel "The Hunchback of Notre Dame," a building that had survived almost 900 years of tumultuous French history.

The two iconic 226 feet bell towers remained intact and swarmed with building specialists and architects at dawn, looking tiny from the ground as they conducted analysis. The cathedral's spire and roof were gone, however.

Paris firefighters said "the entire fire is out" and that emergency services are currently "surveying the movement of the structures and extinguishing smoldering residues."

Officials consider the fire an accident, possibly as a result of restoration work taking place at the global architectural treasure, but that news has done nothing to ease the national mourning.

French President Emmanuel Macron pledged to rebuild the cathedral that he called "a part of us" and appealed for help to do so.
Report a correction or typo
Related topics:
firenotre dame cathedral fireu.s. & world
Copyright © 2021 KABC-TV. All Rights Reserved.
More Videos
From CNN Newsource affiliates
TOP STORIES