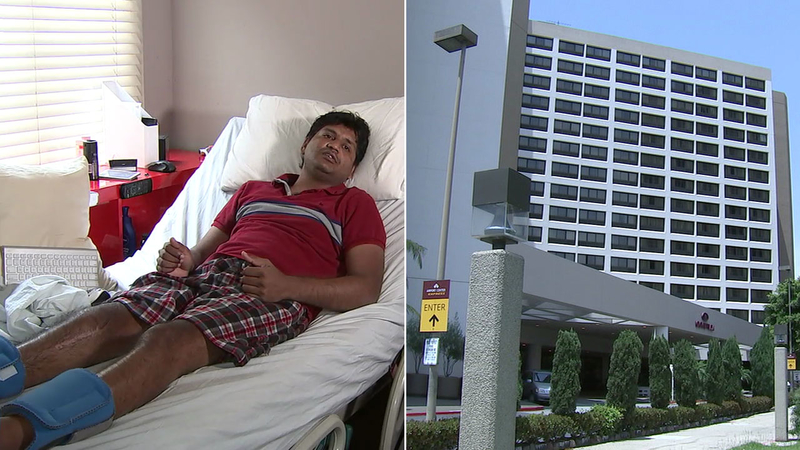 COSTA MESA, Calif. (KABC) -- Almost two years ago, a man was critically injured when a woman fell from the Crowne Plaza Hotel and landed on him. Now, he is speaking publicly and exclusively with Eyewitness News about the ordeal.