WLS
By Sarah Schulte
CHICAGO -- Two CVS managers involved in an incident at a store on Chicago's North Side are no longer working for the company, according to a statement released Monday.

CVS said in a tweet that its investigation is now complete.

"We have sincerely apologized to Ms. Hudson for her experience in one of our Chicago stores. Our Region Director in Chicago contacted her as soon as we were made aware of this incident. We have completed our investigation, and as a result the two colleagues who were involved are no longer employed by CVS Health. CVS Health does not tolerate any practices that discriminate against any customer and we are committed to maintaining a welcoming and diverse environment in our stores. We have firm non-discrimination policies in place to help ensure that all customers are treated with respect and dignity. Profiling or any other type of discriminatory behavior is strictly prohibited."

The company issued an apology Sunday to a black woman after a white store manager called police, accusing her of trying to use a fake coupon.

Camilla Hudson, 53, still has the manufacturer's coupon that led to the incident. Hudson said she stopped at the CVS in the 6100-block of North Broadway in the city's Edgewater neighborhood on Friday night when she was on her way home from work.

She said manager Morry Matson was trying to help her, but asked for the assistance of another manager. Hudson said it was the second manager, not Matson, who accused Hudson of trying to use a fake coupon.

"He was not professionally engaging," she said.

Hudson said the second manager refused to figure out the situation and walked away from her.

"I walked toward him to continue the conversation because I did not find what he said acceptable," she said.

Hudson said she followed the second manager as he walked behind a door, slamming it behind him. She said that is when Matson threatened to have her arrested and called police. Hudson recorded Matson making the call.

Matson is visibly shaken as he talks to police on the phone. Hudson wanted managers to call the corporate office for help on the issue.

Hudson believes the culmination of the events at the CVS was discrimination. She said she is appreciative of the company's apology and quick action.

Matson is running for alderman of Chicago's 48th Ward. He claimed on his campaign website that he was a Trump delegate, but the Illinois Republican Party said he was not a delegate to the Republican National Convention.

ABC7 Eyewitness News reached out to Matson for comment, but he did not return phone calls. The second manager's identity has not been made public.

Hudson posted the full video on her Facebook page. 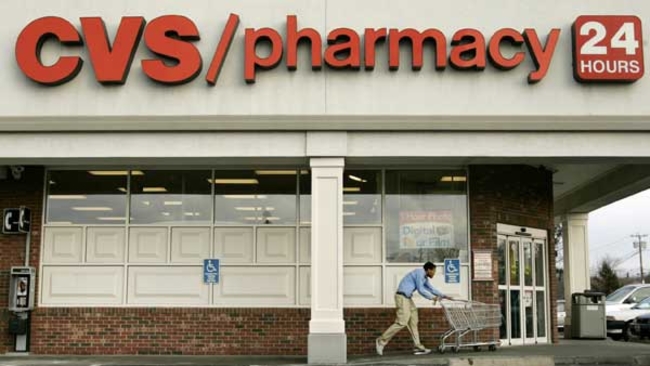