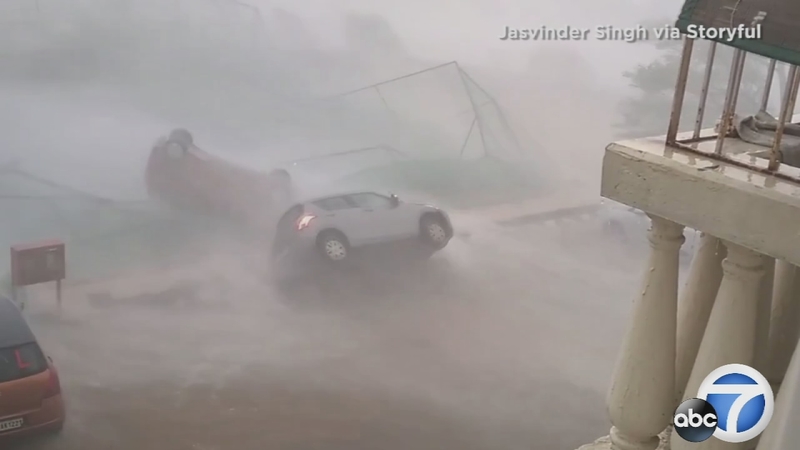 Meteorologists said the storm packed powerful winds up to 80 mph.

Video showed cars being tipped and flipped as the cyclone made its way through the city of Chennai.

Thousands of people were evacuated from low-lying areas while schools and businesses were closed.

The cyclone knocked power out to many parts of Chennai and also caused the cancellation of flights and trains.