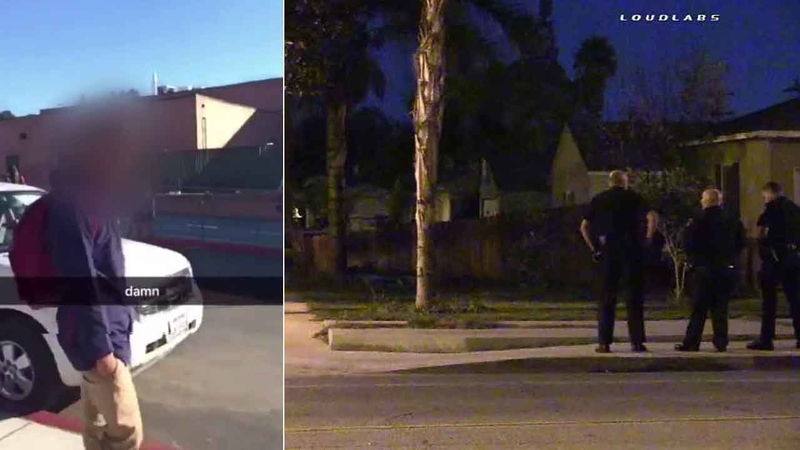 RIVERSIDE, Calif. (KABC) -- The teenager who filmed the viral "Damn Daniel" video and posted the clip on Twitter was the victim of a bogus emergency call that prompted police to swarm his family's Riverside home.

Police responded around 1 a.m. Tuesday after they received reports that someone at a residence on Hamilton Drive had shot their mother with an AK-47.

"A person called Riverside Police Department dispatch center and used some kind of a voice modification device and reported that he had shot his mother," Riverside police Lt. Kevin Townsend said.

The family cooperated with authorities, at which point police searched the home, cleared the scene and determined it was a false report.

"Swatting" refers to a prank in which someone convinces authorities to dispatch an emergency response for a fake incident. Many celebrities have been victims of swatting, including Lil Wayne, Justin Timberlake and Miley Cyrus.

Townsend said they've responded to a few swatting incidents that are usually spurred by revenge.

"They tend to be, for us, revenge in some way. Once we're able to track down who made the call, it's someone trying to get back at someone, whether it be an ex or something like that but that's what it seems like -- exes or teenagers," Townsend said.

The "Damn Daniel" video, which features a teenager following his friend around saying, "Damn, Daniel," has been retweeted more than 290,000 times and liked more than 370,000 times.

Los Angeles Lakers player Jordan Clarkson even recreated the video with some of his teammates.

"We believe and the family believes that since their video went viral, it's somehow connected. Ever since their video has gone out there, they've received a number of what they call strange phone calls and emails, and a lot of strange things happening so tonight was just another incident for their family," Townsend said.