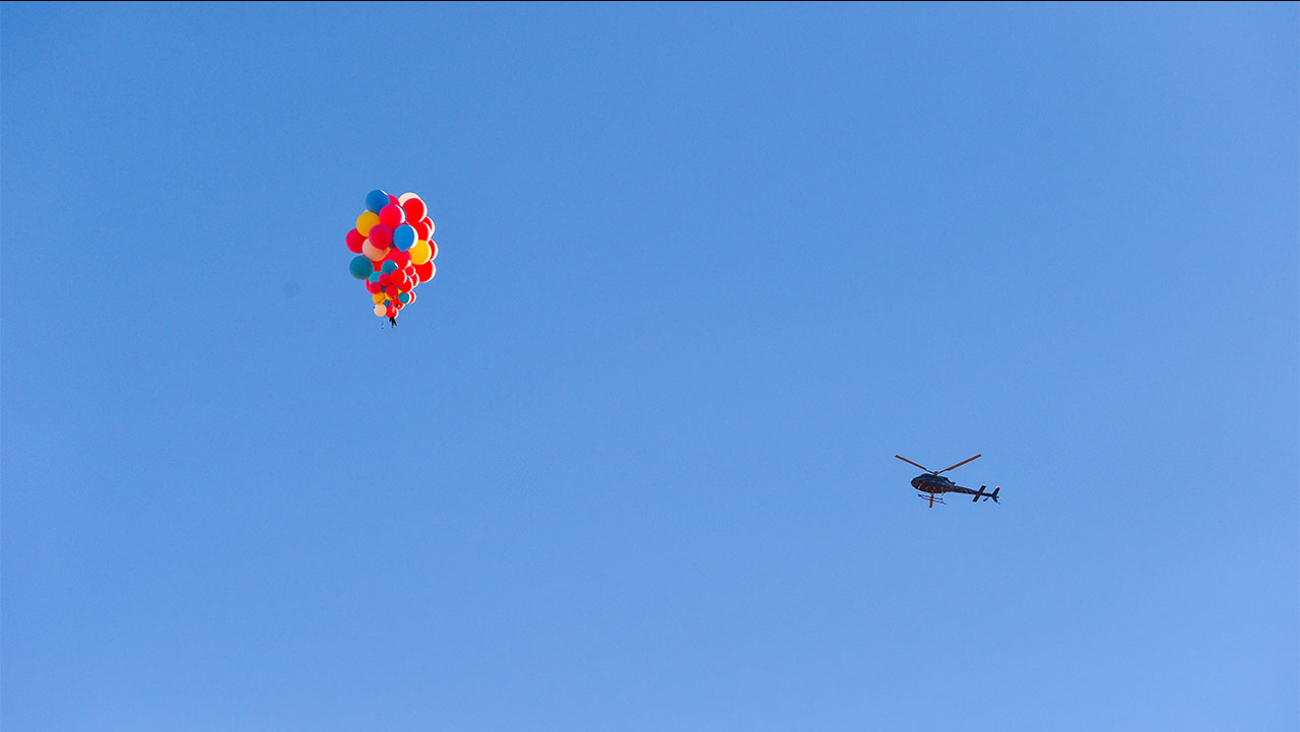 David Blaine used 52 helium-filled balloons to ascend to more than 4.5 miles above the Arizona desert on Wednesday, Sept. 2. (Getty Images for YouTube Originals)

ARIZONA -- Up, up, and away! Magician David Blaine took to the sky in his latest death-defying feat Ascension.

Blaine was wearing a harness and held 52 helium-filled balloons. He reached above his projected altitude of 18,000 feet.

WATCH THE STUNT BELOW


He didn't even put his parachute on until he was approximately halfway up!

The event streamed exclusively on YouTube, which funded the project.

Once Blaine reached 24,900 feet up, he pulled a cord and began his skydive back to the ground.

He successfully pulled his parachute and then hit the ground running and with a cheer. He was welcomed back by his young daughter with a "You did it!"

Ascension had been scheduled to take place in New York City, but was rescheduled for Arizona due to the complexity of the project.

Blaine had been spotted practicing for this most recent stunt last month in Fresno.

Rachel Perman, a photographer and mother of three, decided to do "magical shoots" for her children, who share the same birthday week. It was the perfect time to put her son's obsession with "Up" on full display.