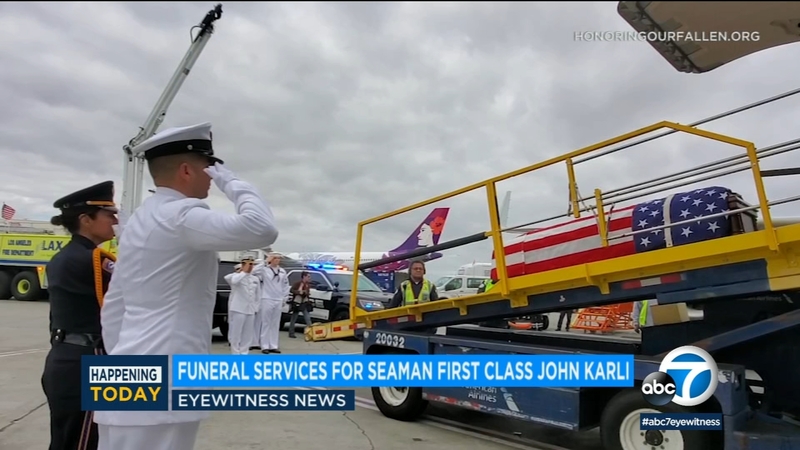 ALTADENA, Calif. (KABC) -- For years, Seaman First Class John Albert Karli's family thought he was missing following the attack on Pearl Harbor. But on Wednesday, he was finally laid to rest beside his parents in Southern California.

The 18-year-old Navy man was killed along with 429 other sailors and marines aboard the U.S.S. Oklahoma, which sank during the bombing of Pearl Harbor nearly 80 years ago.

Karli's body was lost at sea, and the Navy declared him missing.

His tearful parents vowed their son would one day return home. After all several decades, he finally did.

His remains were delivered in a flag-draped coffin for his final resting place, alongside his parents Hilda and Albert Karli who are buried at Mountain View Cemetery in Altadena.

Karli's remains were found and identified through DNA testing, and carefully flown home.

His family was overwhelmed with grief and pride that their loved one and decorated war hero was back where he belonged - with family.

"Our family grieved for a long long time, and it took a long time to find out where John was and we are so thankful for the military for figuring out how we could identify him and then bring him to this moment this day," Snyder said.

Marilyn Long, the war hero's niece, said the day was meaningful for the whole family.