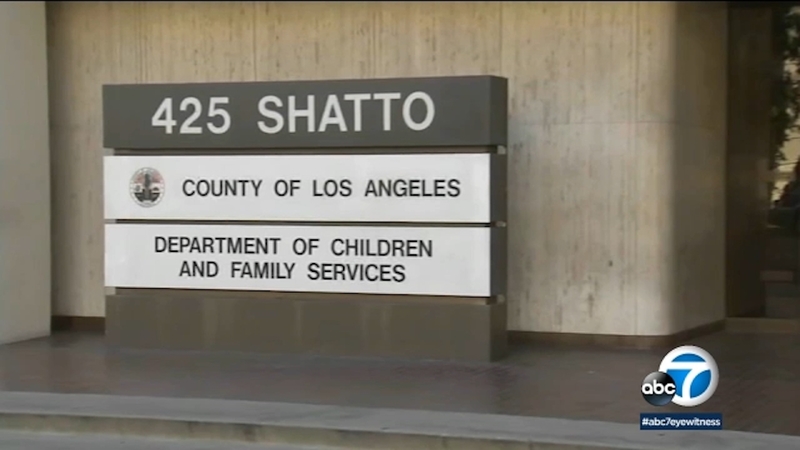 LOS ANGELES (KABC) -- There is pain in her voice as FM talks about what happened to her when she was 13 years old and in the foster care system.

"I'm trying to fight these feelings because I didn't do anything wrong and I shouldn't feel like this but this is something that I've been dealing with for a very long time and it does not go away," she says.

She doesn't want us to identify her. She says she was sexually abused by her foster father and two foster brothers, she became pregnant by one of the brothers, and then the case worker arranged for her to have an abortion.

"I felt lost, I felt alone, I thought I was going to die," says FM.

She has now filed a lawsuit against the agency that was supposed to take care of her, the Los Angeles County Department of Children and Family Services.

Her attorney Blake Woodhall from Herman Law says "Not just with this case with our client here, but across-the-board it's a miserable failure on their part to protect these kids."

According to the complaint she also got a sexually transmitted disease as the result of one of the brother's sexual assaults. She says every time DCFS workers asked her if something was wrong, the father and brothers were close by.

"Something was happening and there was no way I could say anything because I was already traumatized and every time they would leave and the officers would leave it would just get worse and worse," says FM.

The department has faced criticism over the way it handled three recent cases. Gabriel Fernandez, Anthony Avalos and Noah Cuatro all died while under DCFS supervision. FM's attorney says they encountered a number of issues dealing with the department.

DCFS issued a statement which says in part:

"All DCFS employees and contracted providers are held to the highest standards to ensure that the public trust in our service is honored and maintained. We cannot comment on any pending claim, litigation, or lawsuit involving the department at this time."

FM says it's difficult to come forward but she hopes by doing this other children know they are not alone.