Police: Texas Woman may be posing as missing baby's mother 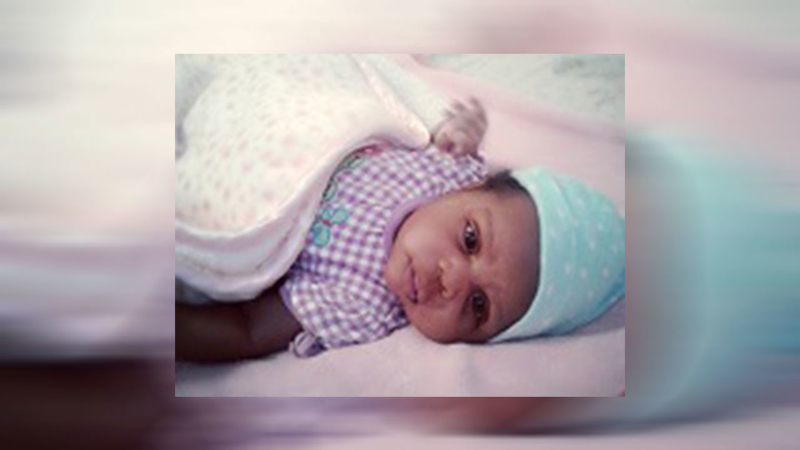 HPD chief: Woman may be posing as missing baby's mother

HOUSTON, Texas -- Investigators now have a theory that a woman may be involved in the abduction of a baby who went missing yesterday in the Greenspoint area.

The search for 6-week-old Chamali Flores continues more than 24 hours after the baby's mother, Carolina Flores, was found stabbed to death at the family's apartment at 185 Goodson Drive.

Houston Police Chief Art Acevedo pleaded with the public Wednesday for help finding a female suspect they believe has taken the baby.

Acevedo said there is a $5,000 reward from Crime Stoppers for tips in the baby's disappearance.

The police chief said the suspect likely has a familiarity with the murdered woman's family and the Greenspoint area.

Acevedo also said the suspect is very likely presenting the kidnapped child as her own.

"Think about anyone who suddenly has a child who you didn't know was pregnant, or someone who recently lost a child," Acevedo said. "We want to bring this child back to the family."

Yesterday, an Amber Alert was issued for Chamali Flores, who was nowhere to be found when police were called to her family's home.

A day after her mother was brutally stabbed to death, little Shamali Flores is still missing with little clues in her disappearance.

Her mother, Carolina Flores, was found by a family member, stabbed multiple times. The murder weapon was missing, according to investigators.

Houston police initially believed the baby was with the child's father, now identified as Marcos Mariano Tomas Palacios, 34. However, he was found in San Antonio around 10 p.m. on Tuesday.

On Tuesday, investigators identified the father as Thomas Bernardez, but updated the father's identity during the press conference this afternoon.

Police said Palacios did not have Chamali with him and that he denied having anything to do with the murder of Chamali's mother.

Palacios was originally called a person of interest. Police released a picture of him standing in front of a blue Toyota Celica, linking the car to the Amber Alert. Now, investigators say he never owned that Toyota Celica and it is not linked to Chamali's disappearance.

The father was released and hasn't been charged with anything so far.

There has been conflicting information about Chamali's age and size. Law enforcement has provided a description of the baby as being 30 inches tall and 20 pounds. She is believed to be Honduran and possibly black or of mixed origin.