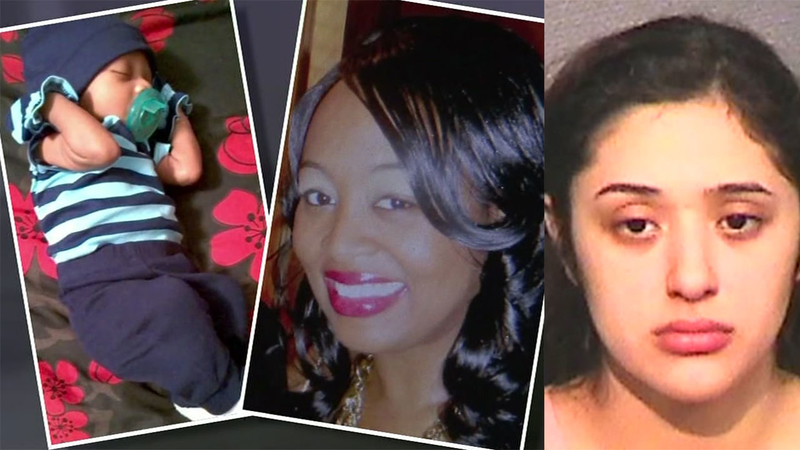 In grief, man has 'new mission' after death of wife, newborn child

HOUSTON, Texas -- A mother and her baby were killed by a possible drunk driver early Wednesday morning in Clear Lake, Texas, police say.

This happened on the Gulf Freeway feeder road southbound near El Dorado Boulevard shortly before 4 a.m.

Authorities say a white Lincoln SUV slammed into the back of a dark purple Toyota with the woman and child inside.

The woman's husband said the victims are his wife, 36-year-old Shayla Joseph, and their 3-month-old baby Braylan Jabari Joseph.

He thinks Shayla was likely on her way to pick up breakfast for them. He said since he works nights, she would get breakfast each day before he got home from work. Shayla was currently on maternity leave from UTMB.

The hospital issued a statement: "We are stunned and deeply saddened by this tragedy. Shayla Joseph was an integral part of the UTMB community and our hearts and prayers go out to her family."

At least one witness who was parked in a nearby lot when the accident happened ran over to help.

Christine Moyer says she saw the woman unconscious and pried open the driver's side door.

"I felt for a pulse, I couldn't find one. We found a very weak one and then it just faded," Moyer said.

Police say the baby boy was in a car seat. Both victims died at the scene.

The Lincoln driver, a 20-year-old woman, and a 17-year-old girl in the front passenger seat were taken to the hospital.

According to jail records, the driver, Veronica Rivas, was booked on two counts of intoxication manslaughter. Her bond was listed at $30,000.

Veronica Rivas, 20, was arrested on two counts of intoxication manslaughter.

They're expected to recover.

Moyer, a mother herself, is still shaken by what she saw.

"Just to think that if anything happens to my kids, I just couldn't imagine... I could not imagine," Moyer said.
EMBED More News Videos

Fatal accident near Clear Lake on 45 and El Dorado

She says the suspected drunk driver didn't even seem to realize she hit the Toyota.

No word on how fast the SUV was going or where the driver was coming from.