If sentenced to execution, killer of Palmdale boy could spend decades on death row 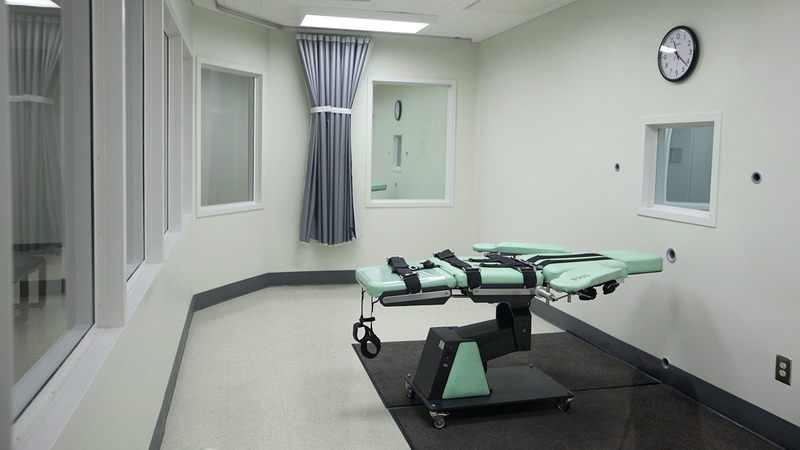 LOS ANGELES (KABC) -- If a judge carries out a jury's recommendation and Isauro Aguirre is sentenced to death in the torture and murder of 8-year-old Palmdale boy Gabriel Fernandez, it will likely take years or decades before he would be executed, if ever.

At the moment, no executions are moving forward in California because of legal disputes over the death penalty.

In addition, many of the executions that have taken place in the past have been carried out at least two decades after the original sentencing.

Aguirre was convicted in the torture and murder of Gabriel Fernandez and a jury on Wednesday recommended he be sentenced to death.

That will ultimately be up to the judge in the case, with a decision for now scheduled in March.

If sentenced to death, Aguirre would join more than 700 inmates currently sitting on California's death row.

A list of those inmates shows some with sentencing dates that stretch back to the 1970s.

The last execution to take place in California was in 2006, when Clarence Ray Allen was put to death for three counts of first-degree murder, according to state corrections officials.

Allen had spent more than 23 years on death row and was 76 when he was executed by lethal injection at San Quentin State Prison on Jan. 17, 2006.

Only 13 executions have taken place in California since the mid-1970s when the death penalty was reinstated, while hundreds of inmates remain on death row pursuing legal appeals that in some cases have lasted a decade or more.

A ballot measure approved by California voters last year sought to speed up the time between sentencing and executions.

Proposition 66 was approved by a 51 percent vote. While it faced legal challenges, it was largely upheld by the California State Supreme Court.

Morales was convicted in 1983 of murder and, after his appeals were exhausted, was scheduled to be executed in 2006. The execution was stayed at the last minute over challenges that argued California's method of lethal injection amounts to cruel and unusual punishment, in violation of the U.S. Constitution's 8th Amendment.

The California Department of Corrections and Rehabilitation says until this issue is resolved, with a proposal to carry out the death penalty in a humane manner that can withstand legal challenges, there will be no executions carried out in the state.

ABC7 has decided to remove the comments section from stories. We believe very strongly that our audience should have an opportunity to discuss and debate events in our world; however, we have not been able to moderate the comments as well as we would like. Instead of hosting a platform that could allow a few loud and ugly voices to dominate a conversation, we want to encourage everyone to join us on our social media platforms and speak out there.
Facebook: facebook.com/abc7
Twitter: twitter.com/abc7
Report a correction or typo
Related topics:
palmdalelos angeles countymurderexecutiondeath penalty
Copyright © 2021 KABC Television, LLC. All rights reserved.
RELATED
Jury recommends death in killing of 8-year-old Palmdale boy
TOP STORIES
Lancaster: Father arrested in fatal shooting of his 4 children
Search for Heidi Planck leads detectives to Castaic landfill
LA COVID vaccine mandate: Enforcement begins Monday
Former guardian of Turpin children to cooperate with investigation
Navy to help SoCal ports ease shipping congestion for holidays
Woman dropped off at West LA hospital after night out now brain dead
R&B singer Ari Lennox arrested at Amsterdam airport
Show More
First lady Jill Biden unveils White House holiday decorations
Lee Elder, 1st Black golfer to play Masters, dies at age 87
SuperLotto ticket worth $38M sold at Santa Clarita gas station
10-year-old girl rescued after getting stranded in Topanga Canyon
CA health officials watching for omicron variant of COVID
More TOP STORIES News