'The Tragedy of Macbeth's' Denzel Washington says you can't bring Shakespeare down to your level -- you have to come up to his.
OTRC
By George Pennacchio 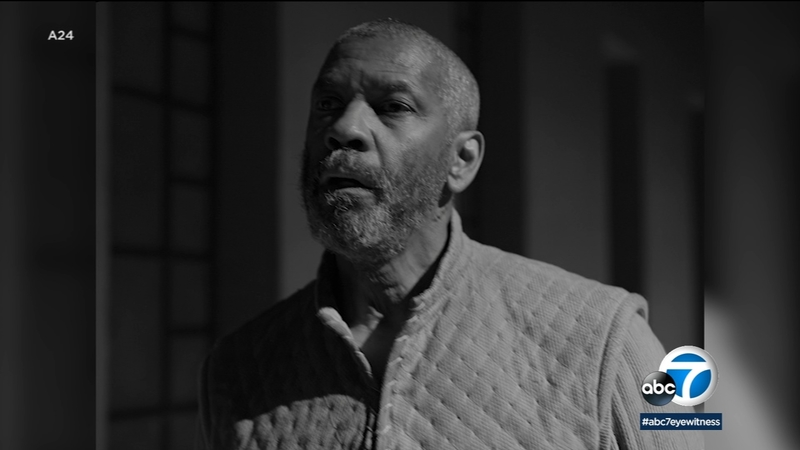 He's now getting into, as the original work suggests, "double, double toil and trouble" while playing the title role in director Joel Coen's "The Tragedy of Macbeth."

The Oscar winner is a longtime fan of Shakespearean stories.

"It's the gift that keeps on giving. You have to unlock it. You have to meet Shakespeare where he is. You can't bring Shakespeare down to your level -- you have to come up to this level," said Washington. "It's a standard that your ordinary chops ain't enough to get you over!"

This version of Macbeth was written and directed by Joel Coen, and was shot in black and white completely on a soundstage. While you know you're watching a movie, there are times you might feel you're looking right at a stage.

The new movie 'A Journal for Jordan' is based on the true story of a soldier killed in action in Baghdad. He left behind a journal for his young son, with the goal inspiring his little boy to grow up to be a good man.

"He's a genius, man. I don't know what he was thinking, either. I'm just, you know, I'm glad that I'm in there!" said Washington.

Macbeth is a man who kills a king to take his crown but then must deal with the guilt and paranoia that follows -- along with some action along the way.

When it came to the props in the movie, ABC7's George Pennacchio wondered if the actor might have kept his king's crown as a souvenir.