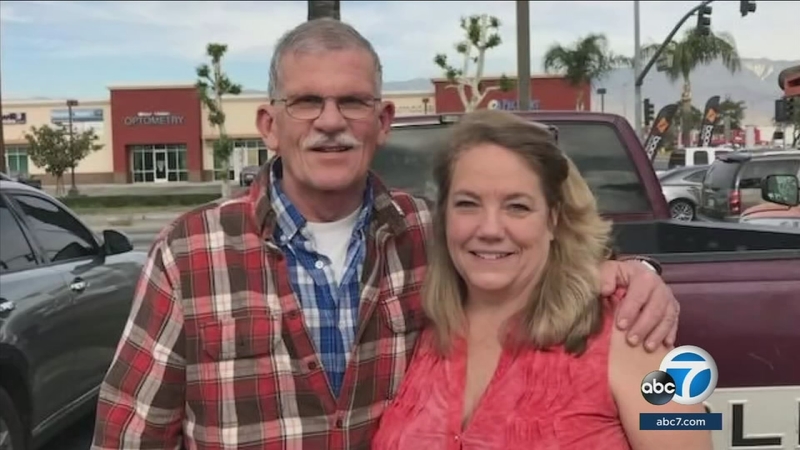 SAN BERNARDINO, Calif. (KABC) -- The suspect in the fatal attack on a San Bernardino County sheriff's deputy was described as a career criminal and gang member who has been in and out of the prison system for much of his adult life.

Suspect Alonzo Leron Smith, 30, is facing a charge of murder in the death of sheriff's Deputy Lawrence "Larry" Falce.

Smith has a history of arrests on his record, including two felony convictions, officials said.

"This person needs to spend the rest of his life in prison," said San Bernardino County District Attorney Mike Ramos.

Ramos was angry at changes to the law and court decisions that, he said, allowed the suspect to be on the street when he should have been in prison.

He said Smith was convicted of a felony in 2012, described as being a gang member committing street terrorism with use of a gun, that should have kept him in prison for 12 years.

But an appellate court later overturned the case, saying the law applied only if he was in the presence of a second gang member, when he was actually alone at the time of the crime.

Falce, 70, was off duty and driving his personal car when he was involved in a minor traffic accident around 10:50 a.m. Sunday at the intersection of Kendall Drive and University Parkway, sheriff's officials said.

The crash occurred when Falce slowed down and swerved to avoid several loose dogs running in the street. The suspect rear-ended his vehicle.

Surveillance footage, captured from a local business, shows Falce and the suspect outside of their vehicles. The suspect is then seen striking the deputy once. ABC7 has chosen not to include the part of the video that shows the fatal blow.

Falce was severely injured in the incident, which investigators described as a brutal attack, and he died Tuesday night.

The suspect involved in the fight fled the scene. A Good Samaritan attempted a PIT maneuver on his vehicle to keep him at the scene, but he was still able to flee. Investigators were able to identify a suspect and arrested Smith hours after the incident while he was at his girlfriend's home.

Smith was arraigned Wednesday morning and pleaded not guilty. He faces a charge of murder and other charges related to prior felony convictions.

A San Bernardino County sheriff's deputy has died after being assaulted while off-duty following a traffic collision, officials said Tuesday.

Falce's sister, Marjorie, described her brother as selfless, one-of-a-kind and a man who treated everybody with respect.

"Luckily, my son and I were able to come, and we were visiting with my brother last week for the holidays and spent Christmas here, and to have this happen is a loss for sure, but to see the honor that they've bestowed upon him this evening and how the department has treated him is beyond anything I ever imagined," she said.

Falce had been with the department for 36 years and worked patrol at Central Station for the past 32 years. Before joining the department, he served in the U.S. Army. He was a veteran of the Vietnam War.

He joined the force in 1981 and was the oldest sworn member of the San Bernardino County Sheriff's Department.

A procession to honor the deputy and accompany his body from Loma Linda Hospital to the coroner's office was held Tuesday night.

Fellow deputies made a line from the hospital to the coroner's van and stood solemnly as Falce's body was wheeled out in a coffin draped with the American flag. The procession moved slowly through surface streets to the San Bernardino County coroner's office.

The Sheriff's Employees Benefits Association stated on Facebook that it would pay for Falce's funeral.

Falce is survived by his sister and his longtime girlfriend, Deborah, sheriff's officials said.