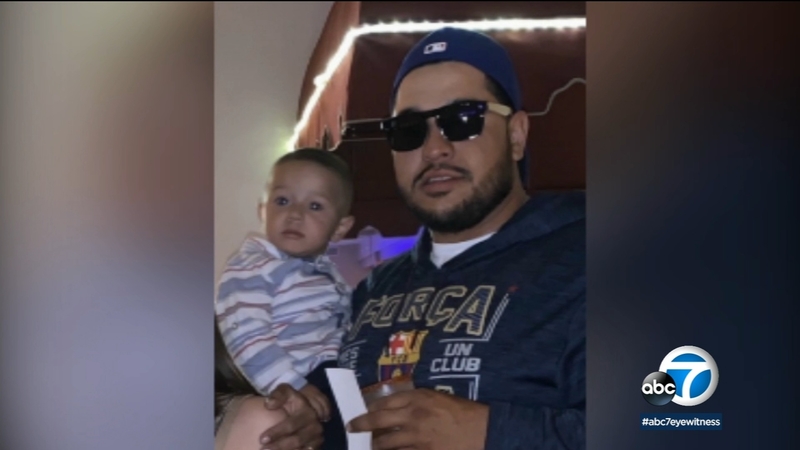 MUSCOY, Calif. (KABC) -- The family of a 24-year-old man who was killed by deputies in Muscoy following a chase while his toddler was in the car are trying to figure out why he didn't stop driving.

Juan Ayon-Ruiz of Yucaipa was pronounced dead Thursday night after deputies opened fire at his vehicle, unaware that his son was in the car with him.

Ayon-Ruiz's sister-in-law, Citlaly Plascienca, said she was on the phone with him while everything unfolded.

"He sounded very scared, very scared because he had my nephew in there," Plascienca said.

She believes he was worried about pulling over because he didn't have his 2-year-old in a car seat.

A 24-year-old suspect is dead after a deputy-involved shooting that occurred at the end of a police chase in Muscoy, authorities said.

The pursuit came to an end when he veered off the road and hit a mailbox. That's when deputies surrounded his SUV, but they say instead of giving up, he put his vehicle in reverse and rammed a patrol car.

"They started to shoot at the car," a witness who gave her name only as Maria, speaking to reporters at the scene, said in Spanish. "He had his son in there. He got out with his hands up and they killed him."

On Friday morning, family and friends of Ayon-Ruiz went to the scene and used candles and flowers to create a makeshift memorial.

The child was not harmed in the incident but was taken to a local hospital as a precaution.

Plascienca said the boy seemed to be traumatized later that night.

"We tried putting him to sleep and we couldn't. He just kept looking at the ceiling or holding onto things."