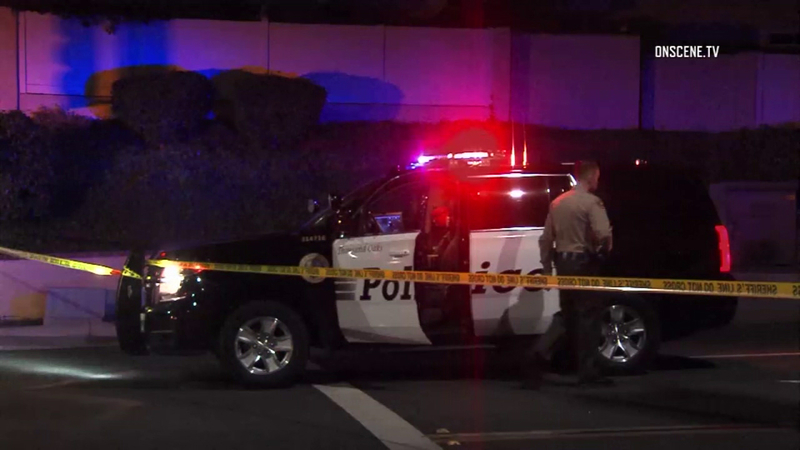 According to the department, the incident occurred about 1:15 a.m. near the intersection of Hillcrest and Duesenberg drives, where the first responding deputy encountered a man who was inside a vehicle after an apparent crash.

Additional deputies arrived at the scene and approached the 26-year-old, who was trying to cut his wrists, authorities said, adding that he then exited the vehicle.

Hillcrest Dr. in Thousand Oaks is shutdown following a fatal deputy involved shooting. A live report at 5 am on ABC7. @ABC7 pic.twitter.com/SqrRj2motH

"He advanced toward the deputies. He was hit multiple times with less-lethal - a beanbag-type shotgun," said Sgt. Eric Buschow, a sheriff's spokesman. "He did not respond to that, did not respond to verbal commands and attempts to de-escalate the situation."

When the man moved toward the deputies, they opened fire, Buschow said. He was identified only as a Thousand Oaks resident.