LA County sheriff's deputies honor one of their own, who was killed in Lakewood crash 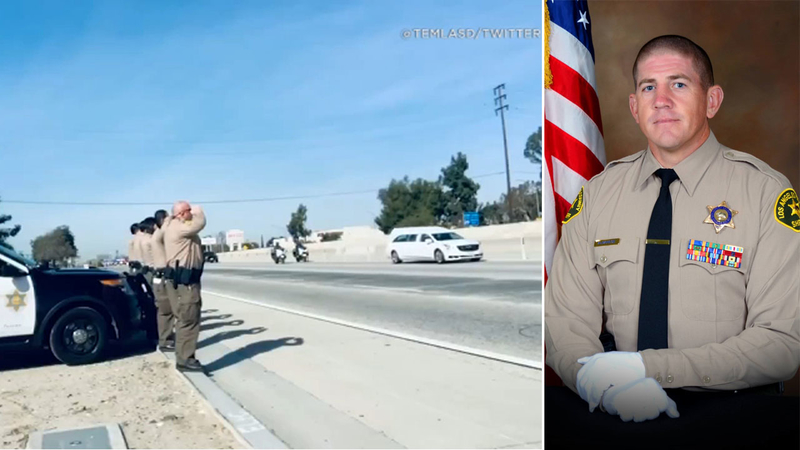 LA deputies honor one of their own in touching tribute

An L.A. County sheriff's deputy who was killed in a crash last week was honored by his fellow deputies in a touching tribute over the weekend.

Deputy Thomas Albanese's body was moved from the coroner's office to Rose Hills Mortuary on Sunday.

Fellow deputies lined the procession route to pay their respects.

Albanese, a motorcycle deputy, was killed in a crash in Lakewood last Thursday.

The 41-year-old spent seven years with the sheriff's department and served four tours in Iraq as a Marine.

His dream was to become a motorcycle officer and he passed motor school in March 2020, Sheriff Alex Villanueva said. Since then, he had been assigned to the Pico Rivera station. At the time of the crash, he was working overtime at the Lakewood station.

Albanese is survived by his wife and two sons, ages 7 and 11.