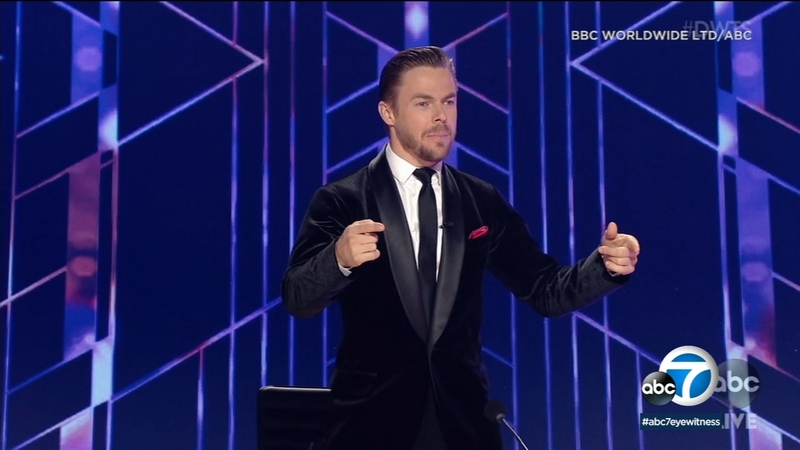 Derek Hough heads to Las Vegas with 'No Limits'

HOLLYWOOD -- Derek Hough is heading into a busier than usual season. He'll head to the Emmys in September with two nominations for his choreography. He'll be back as a judge this fall for the 30th season of "Dancing with the Stars." And, right now, he's putting the finishing touches on his upcoming Las Vegas show.

"I'm definitely ready, though, to do what I do and do what I do best: perform live on stage, you know, with an audience. So, I cannot wait--cannot wait!" said Hough.

Dancer, choreographer, author, actor, singer...Hough really does want to do it all. So it's appropriate his upcoming show at The Venetian Resort in Las Vegas is called "Derek Hough: No Limit."

"Motown, rock and roll, Latin, ballroom, the classics, new music. I mean, it's going to be just something for everybody," said Hough.

Hough's girlfriend, Haley Erbert, will join him for part of the Vegas show. The Paso Doble they did last season on 'Dancing with the Stars' is one reason the two time Emmy winner has two more nominations this year in the choreography category.

"To be nominated twice, you know, in the same category, it's amazing," said Hough. "For me, last year, my focus was just to bring joy and entertainment, you know, during this time and to have some fun."

As for his day job at "Dancing"...the judges' table needs to make room again for one more person.

"I guess the newest thing is that Len's back. Len's going to be back!" said Hough. "He'll be there and so I think I'll just end up sitting on his lap. I think, you know, I'll just, 'What did you think about that, Len?"