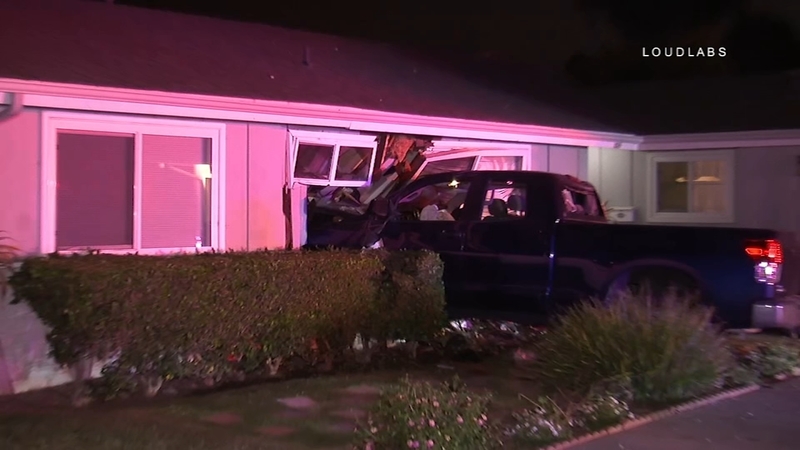 DIAMOND BAR, Calif. (KABC) -- A driver of a pick-up truck plowed through a light pole in Diamond Bar and crashed into a family's bedroom while they were home.

The crash happened just after 2 a.m. Saturday in the 800 block of Penarth Avenue, according to the Los Angeles County Sheriff's Department.

Authorities say no one was hurt, but Southern California Edison was called to the scene because of the damaged light pole.

The homeowner told Eyewitness News it took a few hours to remove the pick-up truck. Clean-up efforts began later in the morning.