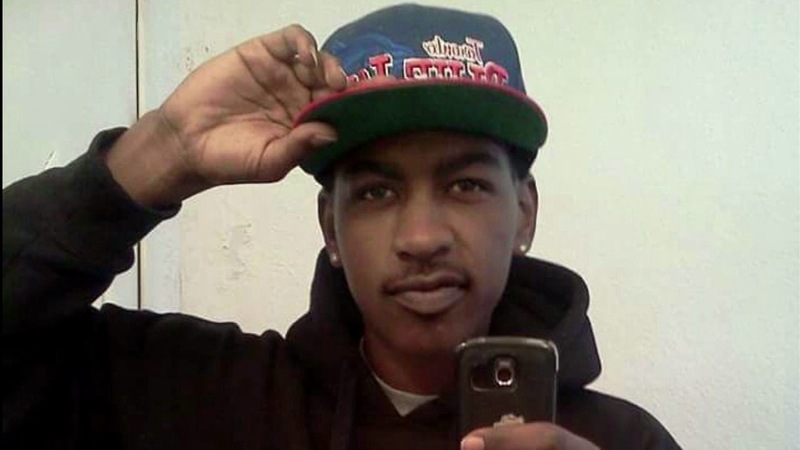 Family plans to file lawsuit against Barstow over shooting death

BARSTOW, Calif. (KABC) -- The sister of Diante Yarber wants justice for her sibling, who was shot and killed by Barstow police during a tense situation at a Walmart parking lot, and the family plans to file a lawsuit.

"I'm in a twist between anger and hurt," Nakia Little said.

The 26-year-old was stopped after someone called about a suspicious vehicle in the lot. A portion of the April 5 encounter was captured by a witness on a cellphone video.

The attorney of a family whose son was shot and killed by police in a Barstow Walmart parking lot released witness video that shows the moments the shooting happened.

It showed the black Ford Mustang that Yarber drove going into reverse, almost hitting an officer standing behind a car. Lee Merritt, attorney for the family, said officers used excessive force when they opened fire on Yarber.

"I don't think that any force was necessary. Their initial stop, there was no reasonable suspicion for the stop and so Mr. Yarber was in his rights to leave the police encounter at any point," Merritt said.

The Barstow Police Department said the shooting happened after Yabrer rammed two patrol vehicles. A witness told Eyewitness News that she heard officers yelling for the driver to stop.

But Merritt said the video shows Yarber was not a danger as he was backing up slowly.

"The car, moving away from law enforcement at a very slow speed, not posing a threat to anyone," he said.

While Yarber wasn't armed at the time of the shooting, he does have a lengthy criminal past. Records show there was a current felony warrant for his arrest.

His family is planning to file a lawsuit on behalf of his three children.

"I want justice for my brother. I want the officers that were involved and shooting my brother - I want them to pay for it," Little said.