'Better Nate than Ever': heartfelt musical comedy for the entire family is now streaming on Disney+ 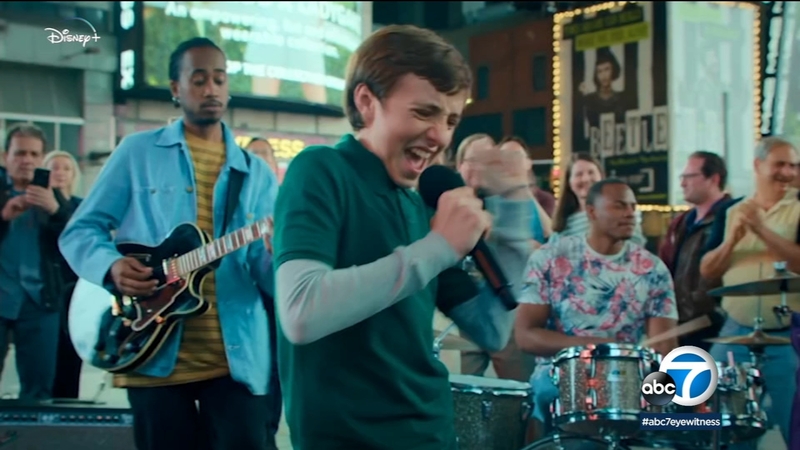 Heartfelt musical comedy 'Better Nate than Ever' on Disney+

HOLLYWOOD, LOS ANGELES -- The newest musical comedy to come to Disney+ is "Better Nate than Ever," where we meet a 13-year-old wannabe performer as he pursues his dreams of stardom.

The problem is that he can't even get a role in his middle school play!

But when his parents leave town for a weekend, Nate and his best friend Libby seize the opportunity to sneak off to New York so he can audition for a big Broadway musical.

The Disney+ film is based on the novel by Tim Federle, who adapted his book for the screen, and also makes his directing debut.

"I think a lot of people will see themselves in Nate. No matter how they identify or what they dream of," said Federle. "Because whoever you are, you want the same thing: you want to be gotten, and accepted, and loved. And this is a movie about the adventure of growing up."

"It was a beautiful thing to discover this young performer who is so unapologetically himself, he's such a genuine theater kid. He'd never been on camera. He didn't know his camera left from his camera right," Federle said. "But he did that movie star thing, which is he cannot tell a lie and he can't fake anything."

The young actor says he fell in love with Nate's story of following your dreams, persevering, and being allowed to be your authentic self. He also hopes families will watch the movie together, and it will spark important talk about love acceptance.

"I really hope it inspires people to have those conversations, and truly become their true selves and love who they are and be supported because that's really important," said Wood.