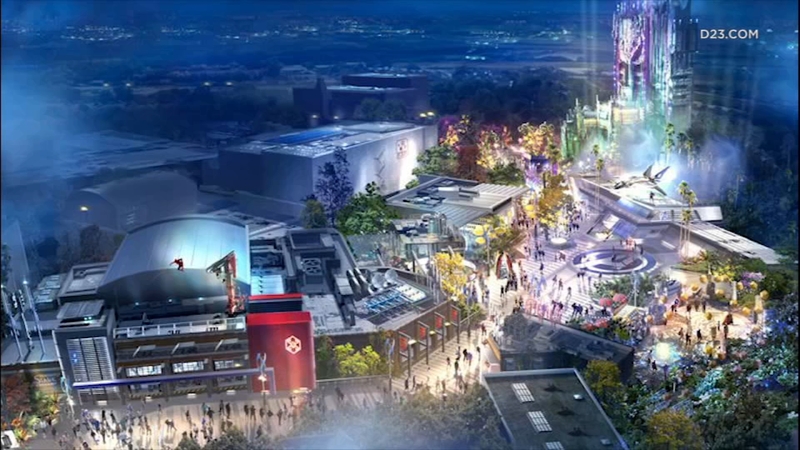 ANAHEIM, Calif. (KABC) -- Your dreams of becoming a superhero will become a reality as Avengers Campus opens at Disneyland's California Adventure park this summer.

"Earth's Mightiest Heroes" will assemble at the highly anticipated attraction, which opens July 18.

"This immersive new land is designed for the hero within each of us, taking inspiration from the stories and characters in films and comic books that have captivated fans for generations," D23, the official Disney fan club, said in a press release Wednesday.

The campus - which stands for Centralized Assembly Mobilized to Prepare, Unite, and Safeguard - will be packed with nods to the popular Marvel films along with "truly heroic encounters with an unprecedented roster of Super Heroes; and an extraordinary lineup of food and beverages," according to D23.

Park-goers will come face-to-face with other legendary superheroes, including Thor, Iron Man, Ant-Man, The Wasp, Doctor Strange, the Guardians of the Galaxy, Black Panther and his elite guards, the Dora Milaje.

Guests will also have several chances to team up with the Avengers, including at the interactive, high-tech family attraction Web Slingers: A Spider-Man Adventure, which will feature Tom Holland reprising his role as Spider-Man. The endeavor is the first Disney ride-through attraction to feature the web-slinging superhero.

At the new attraction, new cutting-edge technology will allow guests to sling webs just like Spider-Man. The ride will also take park-goers on a virtual tour of other areas of Avengers Campus, including Avengers Headquarters, Pym Test Kitchen and The Collector's Fortress - otherwise known as Guardians of the Galaxy - Mission: BREAKOUT!

Avengers Headquarters is positioned at the center of the land, complete with the signature Avengers logo, the Quinjet on the roof and Avengers springing into action.

At Avengers Headquarters, Captain America, Black Panther and Black Widow will face off against foes, including Taskmaster, who has a role in the upcoming film "Black Widow." Taskmaster's unique skill, his natural ability to memorize and replicate superhero moves, comes to life with the help of the Black Widow stunt team and the Disney Parks Live Entertainment team.

An out-of-this-world lineup of culinary offerings will be available at Avengers Campus at four different locations.

Innovative food awaits guests at the Pym Test Kitchen, which uses the power of Pym Particles and ingenuity. The Pym Test Kitchen offers 360-gram Bavarian pretzels, plant-based large and micro meatballs served with a super-sized spoon and miniature fork; a delectable panini on toasted focaccia with salami, rosemary ham, provolone, sun-dried tomato mayonnaise and arugula with marinara dipping sauce; and a massive crispy breaded chicken breast accompanied by buns that appear to have shrunk. Wash your meal down with a Pingo Doce soda, which is a nod to Pingo Doce Bottling Company, where Bruce Banner worked while he was on the run in Rio de Janeiro, Brazil. 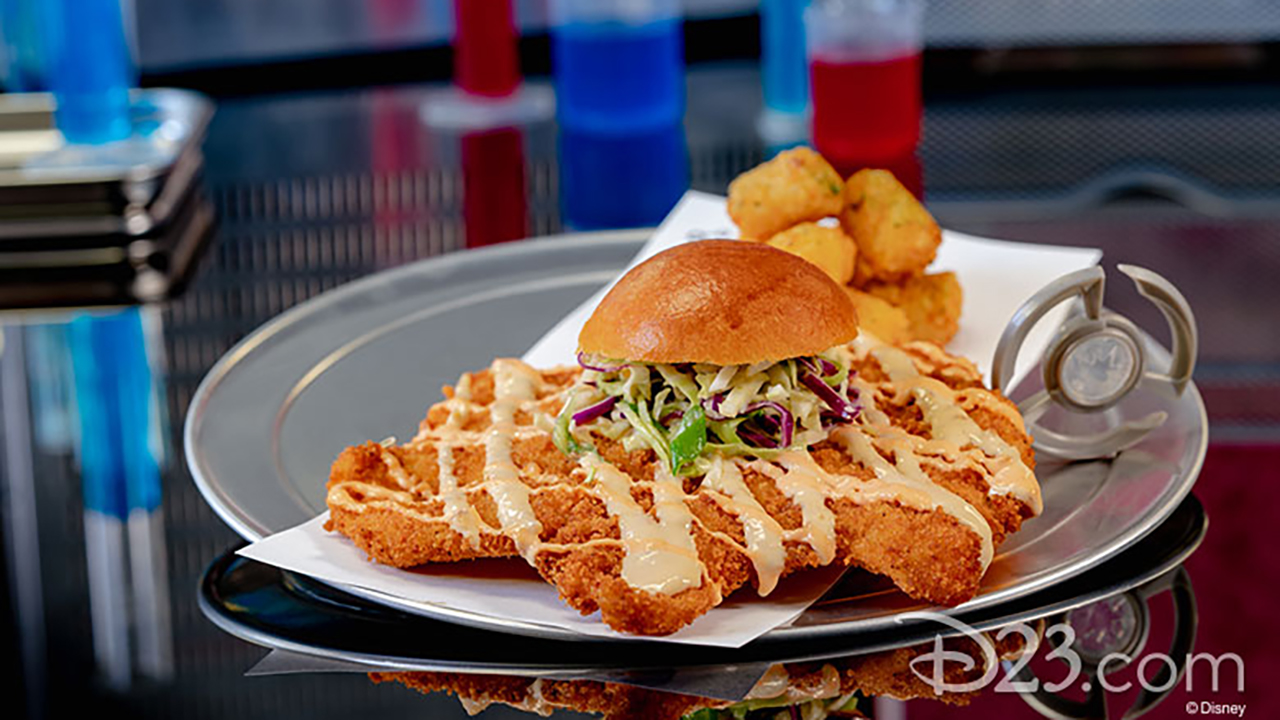 Pym Test Kitchen is situated just steps away from the Pym Tasting Lab. The restaurant represents Ant-Man's pet project and has a focus on adult beverages. Four different beer cocktails are offered, as well as snacks that come with big flavors in small bites, such as sweet and savory popped grains, mini pretzels and salted honey-roasted peanuts.

The Shawarma Palace, an Avengers fan favorite, will serve a fragrant chicken shawarma and garlic sauce, as well as an Impossible plant-based falafel version.

Intergalactic eats and treats will be offered at the Taneleer Tivan food cart.

Dress the part of your favorite superhero with merchandise from WEB Suppliers, which will feature headwear, drinkware, patches, pins and more. Guests can also purchase a version of the Spider-Bots that go haywire in Web Slingers: A Spider-Man Adventure. 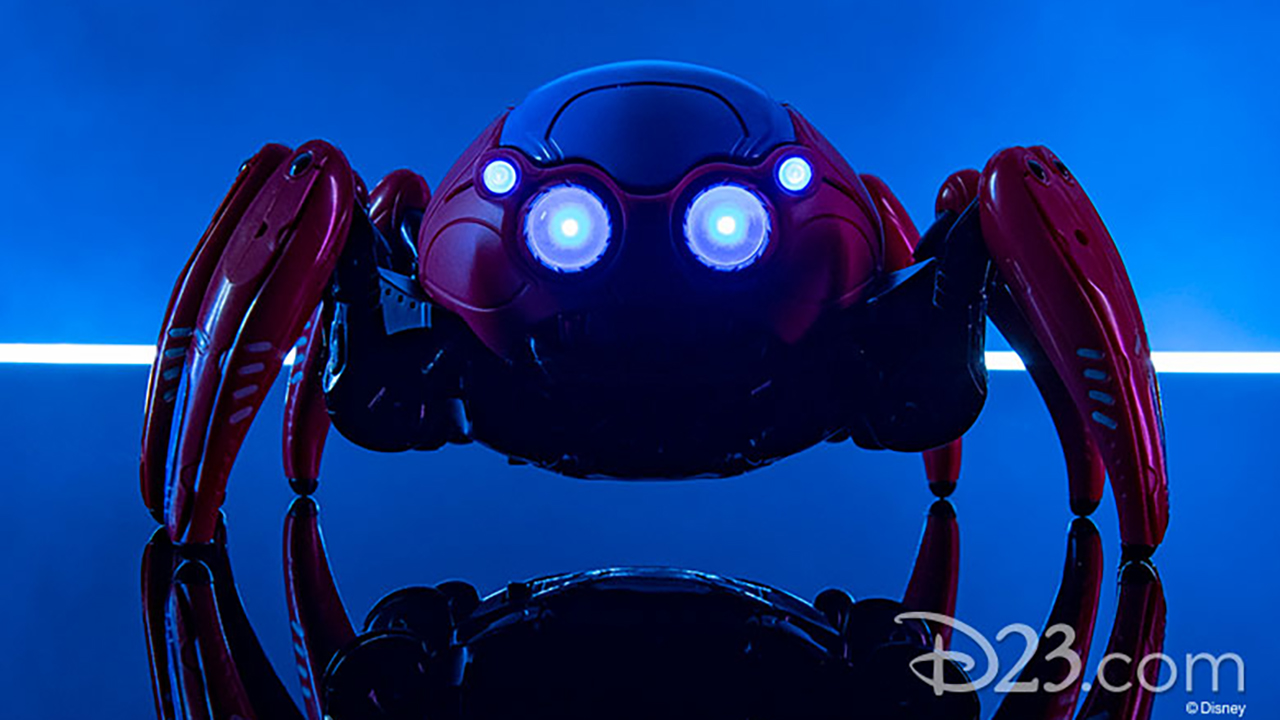 Avengers Campus guests can purchase a version of the Spider-Bots that go haywire in Web Slingers: A Spider-Man Adventure.

The Avengers Campus will replace A Bug's Land, which was based on the beloved 1998 Pixar film "A Bug's Life."

This latest Marvel expansion comes on the heels of the opening of Star Wars: Galaxy's Edge.