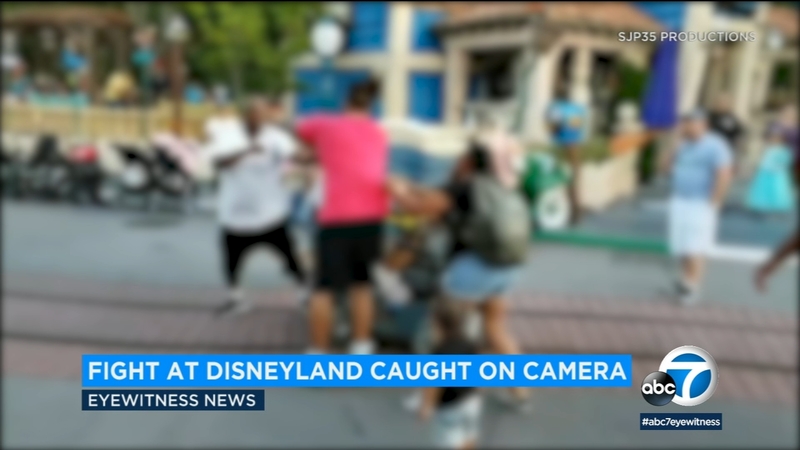 ANAHEIM, Calif. (KABC) -- A violent melee in Disneyland was caught on camera.

Anaheim police are investigating the video that was shot by bystanders and has now been seen by hundreds of thousands on social media.

The incident happened Saturday night in Toontown as an argument between family members escalated into a full-on brawl.

The video shows a woman spit in a man's face. He retaliates by punching her, repeatedly.

Moments later that same man accuses another female relative of hitting his mother. He brutally attacks her, knocking her down and hitting her, over and over again.

But officers say none of the victims were cooperative - and they were escorted from the park.

Police became aware of the video Sunday, and say they are now pursuing a criminal case.

In a statement, a Disney official said: "We do not condone this behavior."