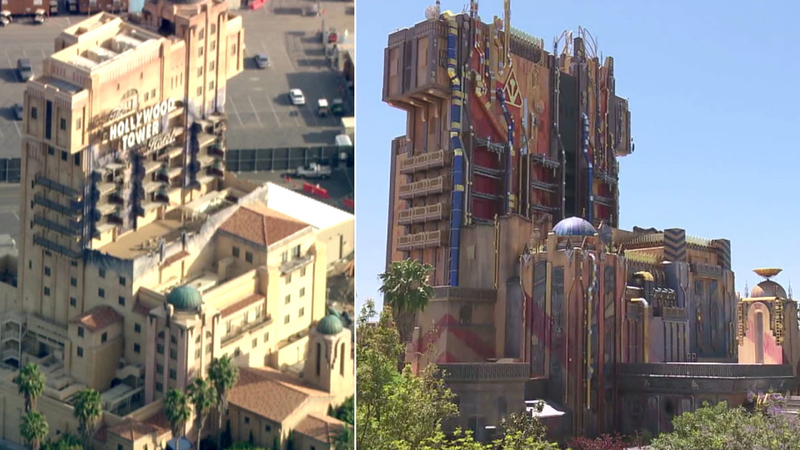 'Guardians of the Galaxy' ride opening at Disney's California Adventure

"Guardians of the Galaxy - Mission: Breakout!" will still feature a free-fall aspect that made Tower of Terror so popular, but will be focused on escaping from the Collector's fortress.

Just as the movies feature well-known pop songs, guests will get to listen to a cool soundtrack while they go on their adventure.

ABC7's Chelsea Edwards took the plunge by going on the new "Guardians of the Galaxy"-themed ride at Disney's California Adventure Park, and her reaction was priceless.

According to Disney Parks Blog, there will be six randomized scenarios at the attraction, which means you'll have to get on the ride more than once.

The following songs are featured in the six escape scenarios:


Along with the songs coordinated to the different drop sequences, there is also a different version of the escape and action sequences.

Walt Disney Imagineer Danny Handke talked about all the new features that are part of the 'Guardians of the Galaxy' free-fall ride at Disney's California Adventure.

The multiple-ride experiences stem from research and ride testing done by the Walt Disney Imagineers, according to the blog. The team narrowed down a list of almost 100 songs to the final six.

Imagineer Danny Handke said movie director James Gunn helped in narrowing down the songs that worked best for the ride.

There is also an animatronic Rocket Raccoon, who will be there guiding guests through the adventures.

"He tells you kind of what the experience is all about and how he needs your help to break out the Guardians," Handke said.

The scenarios and Rocket aren't the only things that are new, so is the walk through to get to your mission. Guests enter the entirely redesigned building and wander through the Collector's fortress, where they'll see all of the weird and quirky items he's grabbed across the galaxy.

Imagineers placed about 2,200 different artifacts from the Collector's archives for guests to check out.