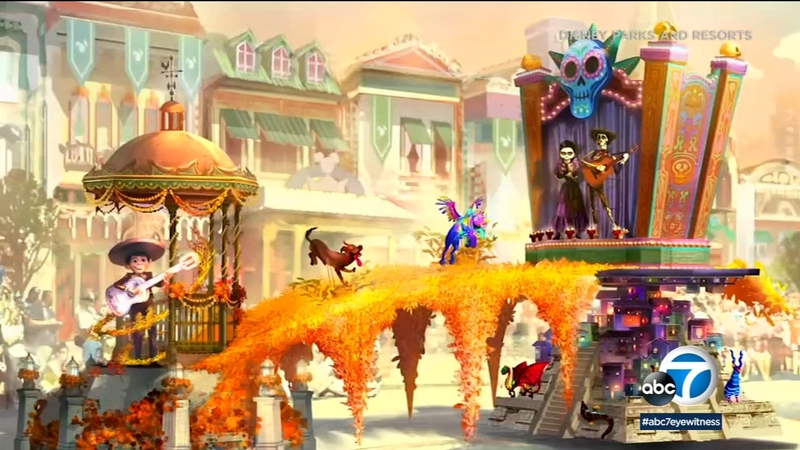 ANAHEIM, Calif. (KABC) -- An all-new parade will debut at Disneyland next month, combining decades of beloved characters and theme songs into a stunning display.

The daytime parade, "Magic Happens," will feature nine newly designed floats that pay tribute to classics such as "The Sword in the Stone" and "Cinderella" as well as more recent films such as "Frozen 2" and "Coco."

A sneak peek for the parade hints at never-before-seen costumes and a new musical score, interwoven with signature tunes from Disney and Pixar movies.

"When you come to Disneyland and Disney California Adventure, there are so many ways to immerse yourself in our stories, but a parade is a unique experience because it's the only way for you, as the audience, to stay in one place and have so many stories, characters and magical moments pass right in front of you," said David Duffy, creative director for Disney Live Entertainment, in a written statement.