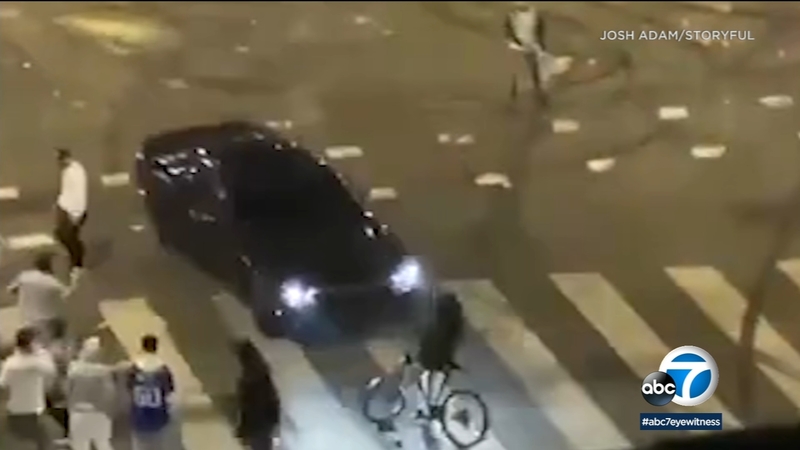 DOWNTOWN LOS ANGELES (KABC) -- A witness captured disturbing video of a bicyclist being struck by an apparent hit-and-run driver in downtown Los Angeles on Tuesday evening during an unruly celebration of the Dodgers' World Series victory.

The incident occurred at the intersection of Olympic Boulevard and Grand Avenue, where the victim was in a crosswalk at the moment of impact.

It was unclear if the driver was doing donuts in the intersection before the witness began recording, but circular skid marks are seen on the pavement nearby as a puff of smoke rises into the air.

Celebrations for the Dodgers' World Series win took a chaotic turn overnight in parts of Los Angeles, including in downtown where at least eight people were arrested.

The footage shows the black sedan slamming into the bicyclist, who is thrown off the bike and flung onto the hood and roof of the car.