Man finds dog hit by car in Rubidoux, fights to keep her alive 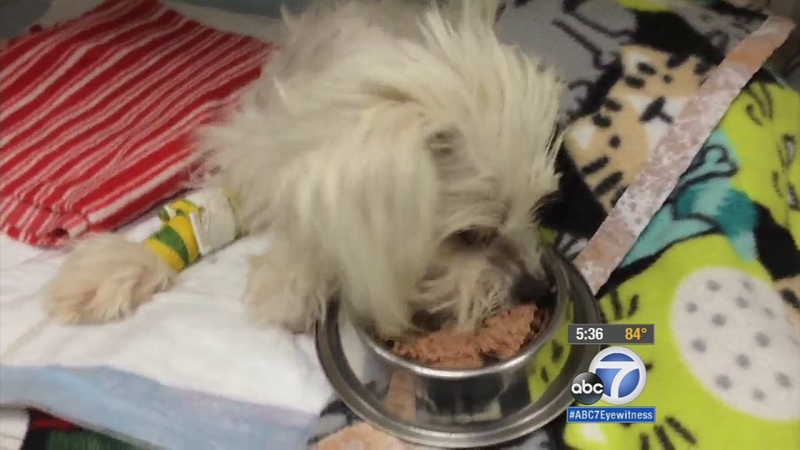 Man finds dog hit by car in Rubidoux, fights to keep her alive

RUBIDOUX, Calif. (KABC) -- David Loop says he was just in the right place at the right time.

"She was just lifeless, the only thing she was doing was breathing at that moment," he said.

On July 31, the Jurupa Valley man was driving along Rubidoux Boulevard in Rubidoux when he noticed a little dog lying on the ground in between traffic lanes. Loop assumed the animal had already been hit by a car. So he turned around and went back to go get her.

"As far as I was concerned, she was a deceased dog, I was going to move her out of the road," Loop said.

Loop moved the little Maltese-terrier mix out of the street and set her down on the sidewalk. That's when he got a huge surprise.

"She blinked at me, and I said, 'Oh my goodness she's still alive,'" he said.

Loop says he thinks that if he hadn't stopped and picked up Miracle when he did, the dog would have been crushed within moments.

"I think another couple cars, and she would have been hit again, and it would have taken her life," Loop said.

No one knows how Miracle ended up in the middle of the street, or whether she'd already been hit by a car. The veterinarian who first treated her said she had multiple fractures, and she'll be in rehab for weeks, if not months.