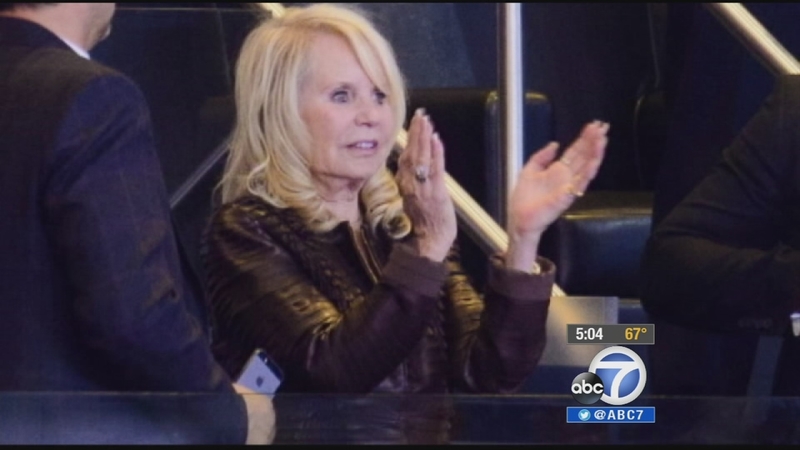 VIDEO: Shelly in talks with NBA about possible sale

LOS ANGELES (KABC) -- Donald Sterling has signed the Los Angeles Clippers over to his estranged wife, Shelly, who is speaking with the NBA about a possible sale of the team, sources told ABC News.

Donald Sterling was banned for life from the NBA and fined $2.5 million by Commissioner Adam Silver following the release of his racist rant that was recorded by his friend, V. Stiviano.

In the audio recording, Sterling urged Stiviano not to bring black people to Clippers games or to post photos of herself with black friends on her Instagram account.

Eyewitness News has obtained the confidential charging documents the NBA filed against Sterling. It claims the Clippers had a copy of the recordings two weeks before it went public.

According to the documents, "The investigation further revealed that after LAC first received the recording, and prior to its public release, Mr. Sterling called LAC's offices to speak to (Clippers president Andy) Roeser...and that following their conversation Mr. Roeser directed an LAC staff member to delete all electronic communications relating to the recording, as well as all copies of the recording itself."

Shelly Sterling's attorney has said she was unfairly tarnished by the words and actions of her estranged husband and that she wants to maintain her rightful ownership share of the Clippers franchise.

In response to the reports of Donald Sterling handing over ownership of the team to Shelly, the NBA said in a statement, "We continue to follow the process set forth in the NBA Constitution regarding termination of the current ownership interests in the Los Angeles Clippers and are proceeding toward a hearing on this matter on June 3."