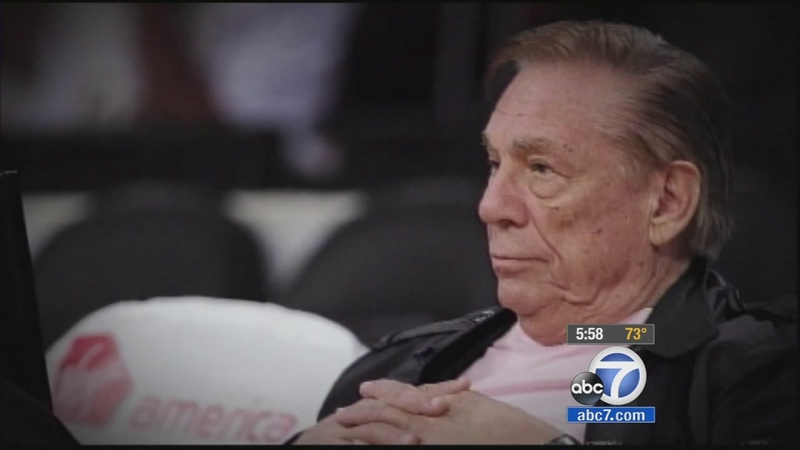 A source told ABC News that the letter was received last week. Eyewitness News has obtained a copy of the letter, which also says, "This letter confirms that Donald T. Sterling authorizes Rochelle Sterling to negotiate with the National Basketball Association regarding all issues in connection with a sale of the Los Angeles Clippers team."

However, that appears to be at odds with what he said Tuesday in his formal response to the league's charges. He called the efforts to force a sale illegal and claimed that the comments made during a private conversation can't be used against him.

Sterling's lawyer, Max Blecher, told ESPN that his client "is going to fight to the bloody end" and has effectively "disavowed" the agreement he reached with his wife last week that would allow her to negotiate a sale of the team.

Shelly Sterling has hired Bank of America to help in the sale of the Clippers, a source familiar with the situation told ABC News. She previously shared ownership of the Clippers with her estranged husband, but in the aftermath of the scandal, Donald Sterling signed the team over to her. According to the source, the price being discussed is at least $1 billion. ESPN reports that the first bids for the Clippers are in and they are being reviewed by Shelly Sterling and her advisers.

Still, the agreement between the Sterlings has no bearing on action the NBA is taking against Donald Sterling. The NBA banned him for life from all league events after racist comments he made to V. Stiviano were made public.