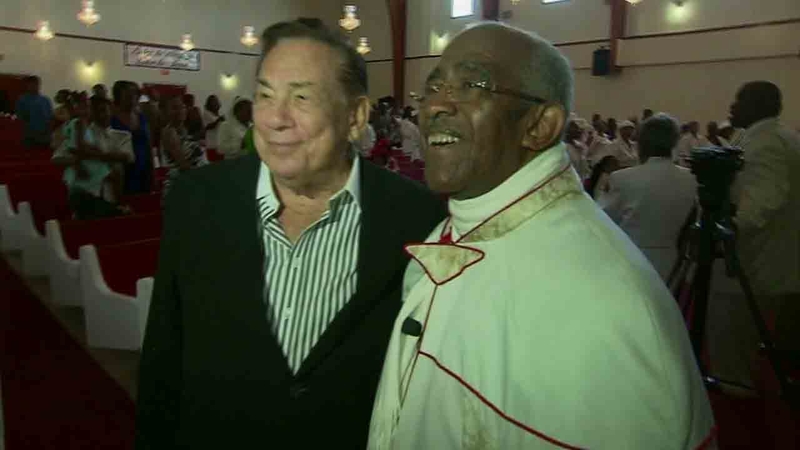 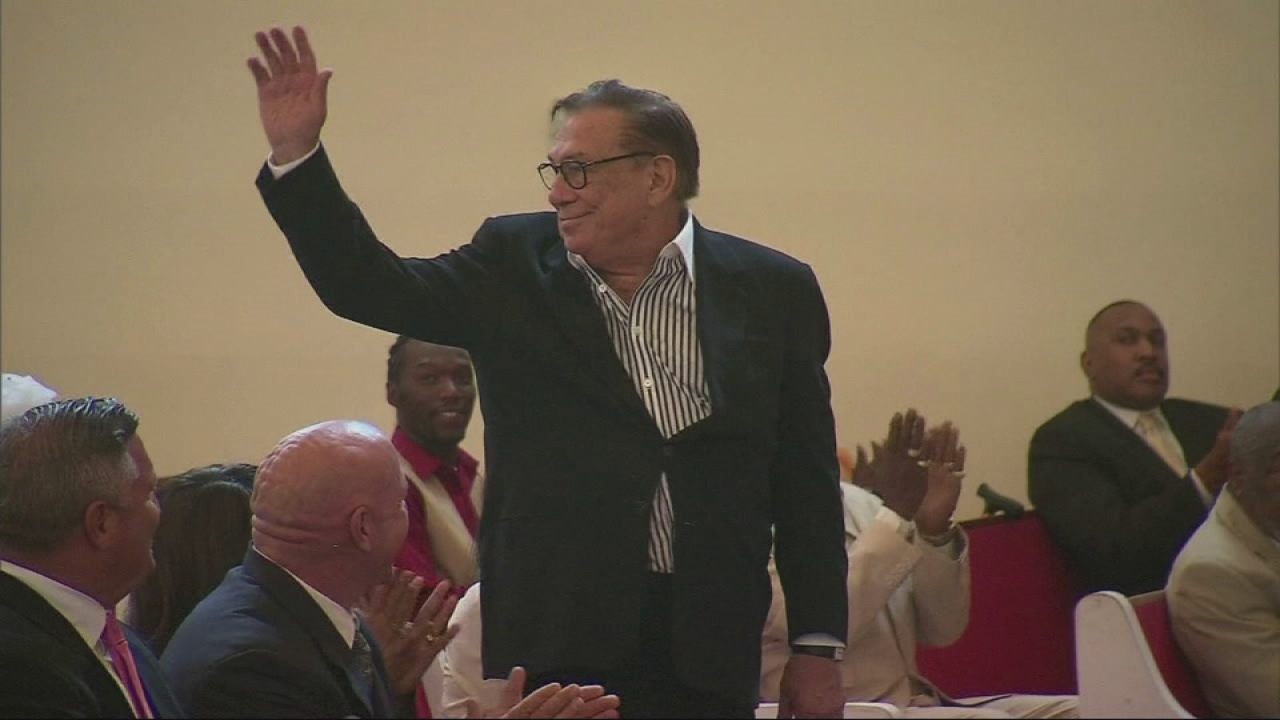 Pastor JB Hardwick personally invited Sterling to attend the church, and says his actions were all about forgiveness.

"Stand up brother Sterling. I'm going to give you a round of applause," Hardwick said during Sunday's service. "We love all God's children, regardless of your race, creed or color, and I want my friend to know we're praying for you."

For many, the sight of Sterling came as a shock.

"It was negative, I'm not gonna lie, it was negative. I'm gonna forgive him because that's how I am, I am a Christian, I'm going to forgive," parishioner Javonda Gomez said.

Sterling, who parishioners say, stayed for the entire service only answered a few questions, saying he appreciated the support he received.

"It was beautiful, I loved it," Sterling told reporters following the service.

The 80-year-old was banned by the NBA for life, after a recording of Sterling making racist comments to a girlfriend was released. An audio recording captured the longtime Clippers owner urging V. Stiviano not to bring black people to Clippers games or to post photos of herself with black friends on her Instagram account.

His appearance Sunday comes days after his attorneys filed a $1 billion lawsuit against the NBA and Commissioner Adam Silver in a Los Angeles federal courtroom in a fight to retain ownership of the Clippers.

The pastor told the congregation the embattled billionaire deserves to be forgiven, something many took to heart.

"I thought it was very interesting that he did come down, and hopefully he is very sorry for what he said, you know. I didn't particularly like what he said, but, you know, I know sometimes we all speak before we think," said parishioner Lula Collins.

The NBA also canceled its hearing to consider Donald Sterling's ownership of the Clippers Friday, saying the team will be sold to former Microsoft CEO Steve Ballmer. Sterling declined to comment on his lawsuit or the pending sale of the Clippers to Ballmer.