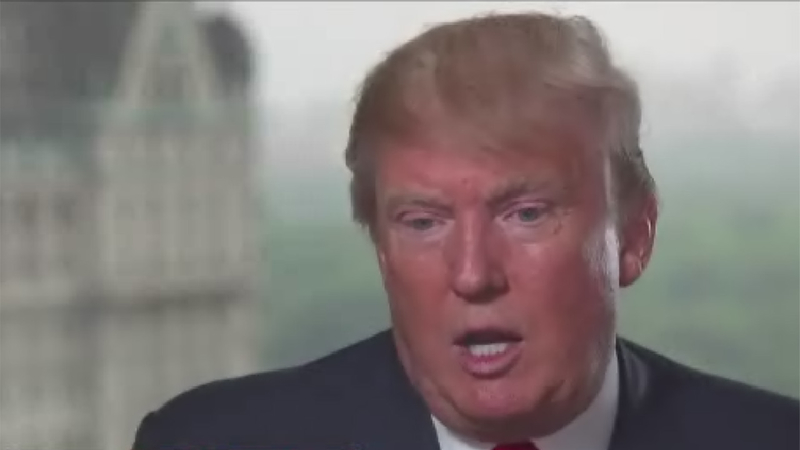 Shortly after announcing he's joining the 2016 presidential race, Donald Trump sat down with ABC News' George Stephanopoulos to talk about why he thinks he's the best candidate and why he chose this year to run.

Trump said that he has a fool-proof plan for defeating ISIS, but he wouldn't go into details.

"I hate to tell people because, if I win, I don't want ISIS to know," he said, adding that he would begin by destroying oil fields.

As for his competition, Trump said he is not fazed by the crowded Republican field, speculating that some of his competition wouldn't be there if they'd known he would run.

"A lot of people are in those numbers because they said I'm not running," he said.

He called Jeb Bush a "stiff" and said Marco Rubio is overrated.

As for potential Democratic opponents, Trump said he thinks Hillary Clinton's emails about the Sept. 2012 terrorist attack on the US consulate in Benghazi, Libya, will be a stain on her campaign.

"What Hillary's got with the emails is, to me, scandalous," he said. "What she did is totally illegal. I don't know how she gets away with it."