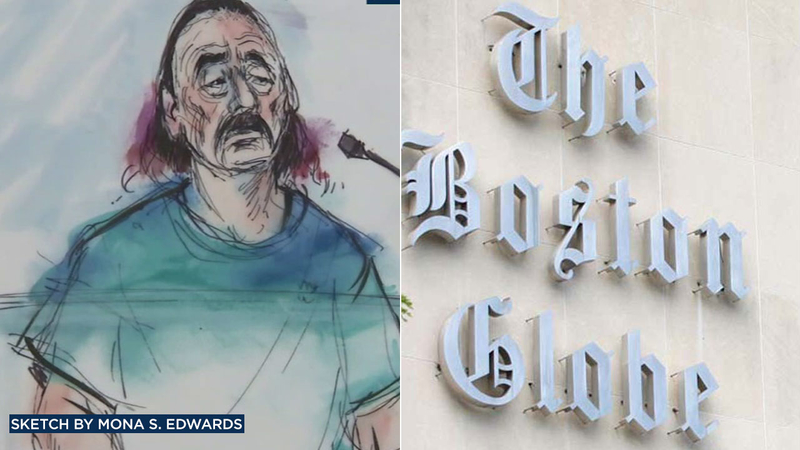 BOSTON (KABC) -- An Encino man has been indicted by a federal grand jury for allegedly making violent threats against The Boston Globe following the newspaper's coordination of responses to President Donald Trump's attacks on the media.

Prosecutors say Robert D. Chain, 68, of Encino made threatening calls to the Globe's newsroom on Aug. 16, calling the paper "the enemy of the people." He allegedly threatened to kill Globe employees.

In August, the Globe asked other newspapers around the country to publish editorials responding to Trump's attacks on the news media.

Prosecutors say Chain began calling the paper after it announced the plan. He called the newsroom again on the day the editorials were published and allegedly said he was going to shoot Globe employees in the head later that day.

That threat prompted a police response and increased security at the newspaper's offices.

After the editorials ran, Chain said he would continue threatening the Globe, The New York Times and "other fake news" as long as they continue their "treasonous and seditious acts" in attacking Trump, according to a court complaint.

Several times, he called Globe employees the "enemy of the people," a characterization of journalists that Trump has used in the past.

Chain was arrested on Aug. 30. The indictment lists seven counts of use of interstate and foreign commerce to transmit a threat to injure another person.

He is scheduled to appear in federal court on Sept. 24.

If convicted, the charge of making a threat provides for a prison sentence of up to five years, in addition to a year of supervised release and a fine of $250,000.

In a statement at the time of the arrest, a Globe spokeswoman Jane Bowman said the newspaper is grateful for law enforcement's efforts to protect its staffers and track down the source of the threats.