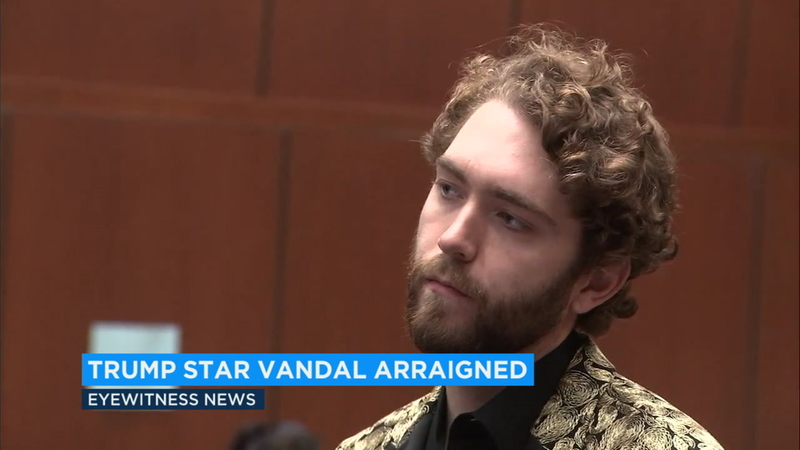 HOLLYWOOD, LOS ANGELES (KABC) -- A 24-year-old man on Wednesday pleaded not guilty to destroying President Donald Trump's star on the Hollywood Walk of Fame with a pickax.

Austin Clay appeared in court after being charged with felony vandalism for the July 25 incident, which left chunks of concrete strewn across the sidewalk in front of the Hollywood & Highland center.

According to the Los Angeles Police Department, Clay fled the scene after destroying the star but later turned himself in to Beverly Hills police.

"I don't personally think that there should be any charges brought against me," Clay told reporters outside the courthouse. "Because what I did, I believe, was a rightful and just act.

"I think that the repercussions of it were only positive," he added. "I only wanted to bring about positive political change."