Woman accuses Trump of inappropriate sexual conduct at 1998 US Open 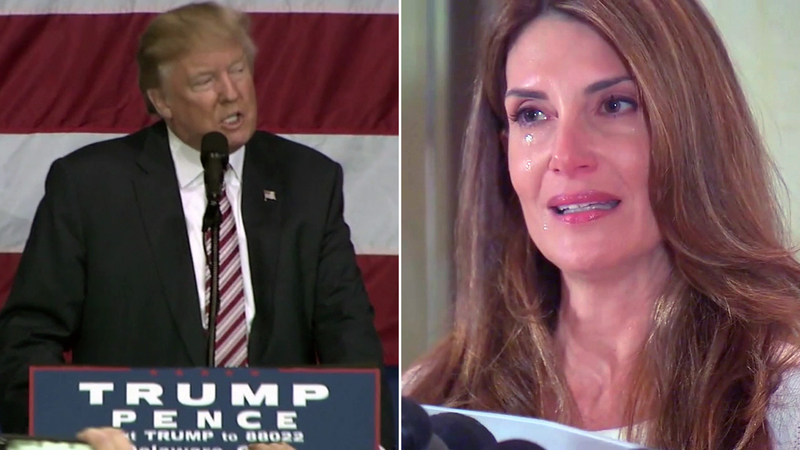 Karena Virginia, a yoga instructor from the New York area, claimed the incident happened back in 1998 at the U.S. Open tennis tournament.

Virginia said she was waiting for a car to take her home when she claimed Trump approached her and there was sexually aggressive and inappropriate behavior.

"He then walked up to me and reached his right arm and grabbed my right arm," Virginia said at a press conference on Thursday. "Then his hand touched the right inside of my breast."

"I was in shock. I flinched," she continued. "'Don't you know who I am?' That's what he said to me. I felt intimidated and I felt powerless."

Virginia stated the alleged incident has affected her for years and said that she felt shame and wouldn't wear short dresses or high heels.

Virginia said she didn't come forward earlier because she was fearful or bringing unwanted attention to her family.

At the news conference, Allred said she was a supporter of Hillary Clinton and was a Clinton delegate at the Democratic National Convention in July.

VIDEO: Donald Trump says he didn't know any of his accusers

Allred stated she had not spoken in advance to the Clinton campaign about the women accusing Trump of inappropriate sexual behavior.

Though Trump hasn't addressed the latest allegation specifically, he has said the women accusing him either want fame or that the Clinton campaign was behind the accusations.