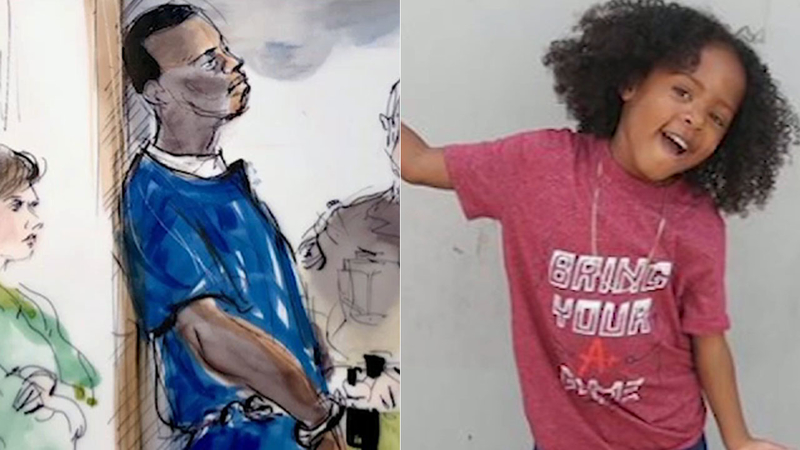 DOWNEY, Calif. (KABC) -- A 23-year-old Downey man has been charged in the fatal beating of a 6-year-old boy who was in his care and is being held on $2 million bail.

Suspect Tyler D'Shaun Martin-Brand, 23, appeared in a tense Downey courtroom on Monday but did not enter a plea.

Martin-Brand appeared in court but did not sit down, instead choosing to stand in a doorway during the proceedings. His arraignment was continued until Jan. 16.

Prosecutors say Dayvon was in the suspect's care over the holiday break when Martin-Brand severely beat the young boy at his Downey apartment.

Dayvon was taken to St. Mary Medical Center in Long Beach on Thursday and died shortly after he arrived, officials said.

Family members spoke out after the court proceeding.

"It will never be the same without seeing that joyful face," said Virginia Sewell, the victim's great aunt.

Martin-Brand was a supervisor in an after-school program at Normandie Elementary school last summer, according to Los Angeles Unified School District officials.

School officials made automated phone calls to parents to let them know about the arrest.

"We extend our deepest condolences to the child's family and friends during this tragic time. We will be making counselors available to support students and employees who may be impacted by this incident," the school calls said.

The district noted that the boy's death was in connection to an off-campus relationship, but told parents if they have questions they can contact Downey police.

The victim's relatives worry the suspect, known as Coach Tyler or Coach Ty, may have hurt other children entrusted under his care.

"Knowing that he is a coach at Normandie Elementary we just want anyone else to step up," said Tanya Davis, the victim's cousin. "Maybe he hit a kid before and it just wasn't known. If they can let us know through LAUSD, does he have a report of a history of violence or maybe he was written up for something."

"We don't know but we're just trying to see what led up to this, because if you love someone you just don't do this. So if he cared for Dayvon you just would not have put your hands on him."
Report a correction or typo
Related topics:
downeylong beachlos angeles countychild deathhomicidebeating death
Copyright © 2021 KABC-TV. All Rights Reserved.
TOP STORIES
LA County issues order requiring all county employees to be vaccinated
Corona shooting suspect blames voices in his head
Judge's tentative ruling says Newsom may link recall to GOP
Dixie Fire engulfs NorCal town, leveling businesses
Moderna COVID-19 vaccine remains 93% effective for up to 6 months
3.5-magnitude earthquake strikes Hemet area, USGS says
Target to offer debt-free college degrees to 340,000 US employees
Show More
LA to consider requiring vaccination to enter public indoor spaces
Man steals truck after getting out of Glendale jail, police say
Driver kills 91-year-old woman in South LA, flees scene
10 killed when van crashed into pole near border, DPS says
Child under 12 among new COVID deaths reported in LA County
More TOP STORIES News