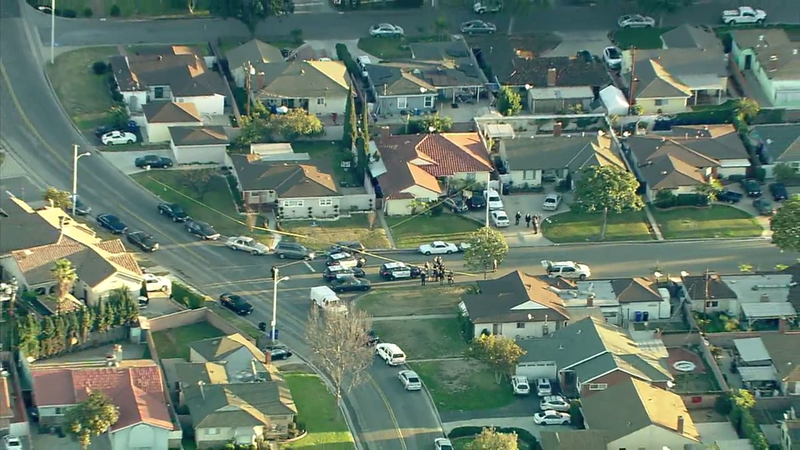 The incident happened about 1 a.m. at a house in the 7800 block of Borson Street, according to a statement from the Downey Police Department, which was investigating. When the officer confronted the pair of suspects, the news release said, he "was assaulted and discharged his weapon."

The intruders were each struck by gunfire and transported to hospitals, according to authorities. LAPD Capt. Andy Neiman said their injuries were not life-threatening.

The officer, who works out of the LAPD's Olympic Division, suffered minor injuries and was also treated at a hospital, Downey police said. He and the two suspects were each listed in stable condition.

"Until we are able to interview the officer -- which we have not done at this point because he is being treated -- we don't know much more than: our officer was somehow confronted, an officer-involved shooting occurred," Neiman said in an interview at the scene. "Those two individuals were injured, as well as the officer, and we are awaiting further investigation."

In accordance with protocol, the Los Angeles County District Attorney's Office launched an investigation into the shooting.