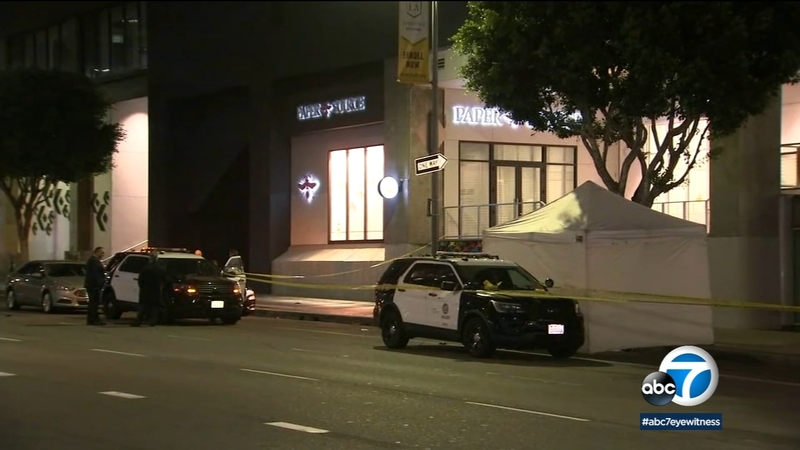 According to the Los Angeles Police Department, firefighter-paramedics responded at 12:30 a.m. to report of a "man down" near the intersection of Seventh and Flower streets.

The emergency responders arrived to find the man unconscious and not breathing, and they declared him dead at the scene. He was identified only as being in his 30s.

Police said the man had been riding his bike and pulled off. The victim suffered from what appeared to be "some type of assault," LAPD Lt. Ryan Rabbett told reporters.

"At this point we're really trying to look at the (surveillance) video, talk to a couple of witnesses, to find out what led up to this," Rabbett said.

A possible suspect fled southbound on Flower Street after the incident, police said.

Authorities believe there were a few people who might've witnessed what happened and are being asked to come forward with any information.

This came after a man was shot and killed outside Grand Central Market in downtown Los Angeles Saturday afternoon.

Police are investigating after a man was shot and killed outside Grand Central Market in downtown Los Angeles Saturday afternoon.