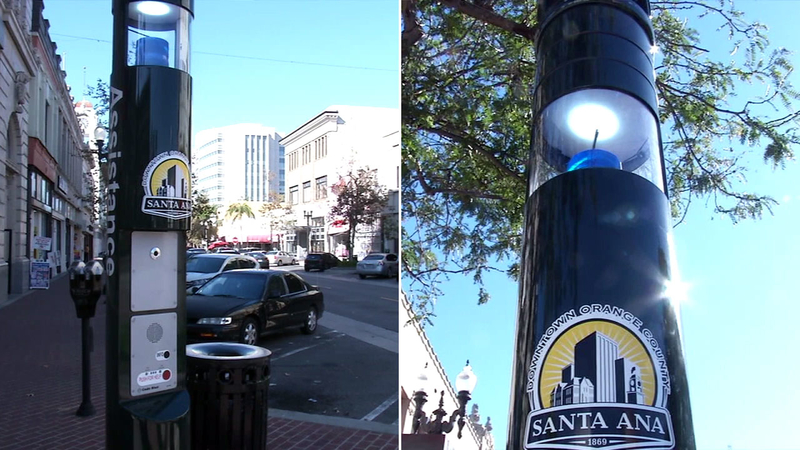 "It provides evidentiary value if a crime occurs. It's an additional resource for the public, not everyone has cell phones," Officer Otto Laufer with the Santa Ana Police Department explained.

Laufer helped to get the program online and said part of the push was spurred by the deadly beating of 23-year-old Kim Pham outside a Santa Ana nightclub in 2014.

The blue flashing lights make the poles easy to spot and can be used in a large-scale emergency.

"We could address the public from all seven at a single time and we can do that with live talk or we can play a pre-recorded message," Laufer said.

When the help button is pushed, the dispatcher can see and hear the person in need.

"We can see exactly who we're talking to and we can see around them, this is important because we get a lot of false 911 calls," Laufer explained.

Six cameras on every pole transmit back to the department operations center where officers can also monitor more than 20 cameras that were also installed around downtown.

While Laufer said he's received positive reviews from many business owners, he said some people have expressed concerns about an impact on privacy.