Dr. Tseng sentenced to 30 years to life in overdose deaths 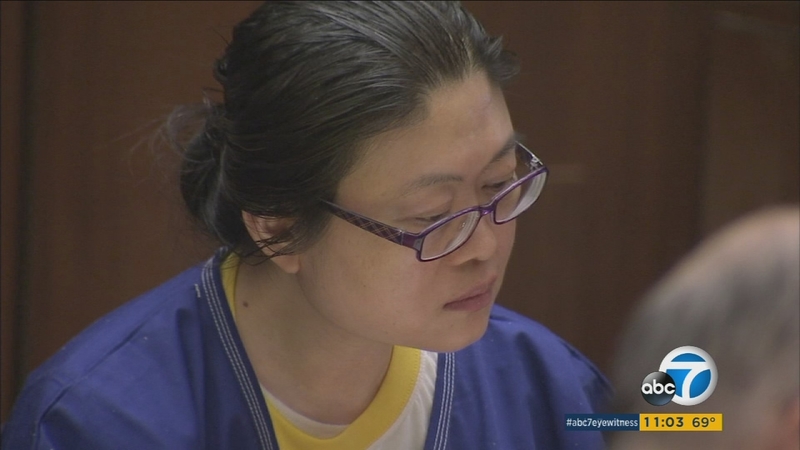 Dr. Tseng sentenced to 30 years to life in overdose deaths

LOS ANGELES (KABC) -- A former Rowland Heights doctor has been sentenced to 30 years to life in prison on Friday in the deaths of three patients by over-prescribing narcotic pain killers and addictive medications.

A jury convicted the 45-year-old guilty of second-degree murder in October for the deaths of 21-year-old Joey Rovero of San Ramon, 25-year-old Steven Ogle of Palm Desert and 29-year-old Vu Nguyen of Lake Forest.

Rovero, Ogle and Nguyen, who Tseng knew were drug seekers, died between March and December of 2009.

She was also found guilty on 19 counts of over-prescribing.

Tseng's sentencing is a landmark case as she is the first known doctor in the U.S. to be convicted of murder for the deaths of patients for whom she had prescribed drugs.

Lisa Tseng was sentenced to 30 years to life in prison for over-prescribing drugs that led to three overdose deaths. The sentencing was a warning to doctors across America.

Prosecutors said Tseng had been notified that nine of her patients, mostly young men in their 20s and 30s, had died.

Tseng's lawyer said the doctor had been naive to prescribe so many medications and not think her patients would abuse them.

Before the verdict came down, Tseng read a short statement to the court room apologizing to the victims' families and stating she suffers everyday from the impact of her actions.

"No words can properly describe...the remorse that I feel, and I cannot imagine what you have gone through. It is very tragic for anyone who suffers such a great loss but most especially tragic for those who lost their children and their siblings. I know I cannot turn back the clock," she read.

Although a dozen of her patients died, she was charged with three killings because other factors were involved in some of those deaths, such as drugs prescribed by other doctors and one possible suicide.

Families of victims killed by the prescribed drugs said they were grateful for the sentencing they had been hoping for.

"It sends a message to all of society that no longer will we deal with drug-dealing doctors for profit," said Steve Latham, father of victim Ryan Latham.