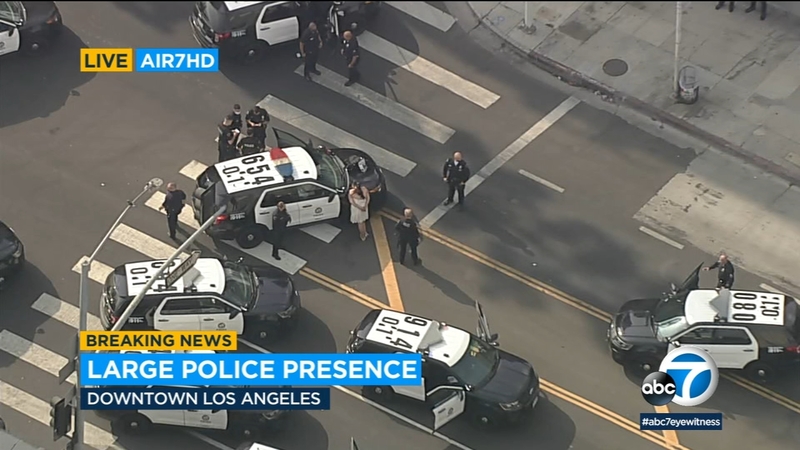 DOWNTOWN LOS ANGELES (KABC) -- A woman is in custody after several storefront windows were smashed after a robbery attempt in downtown Los Angeles.

The LAPD told City News Service that an officer discharged a firearm while trying to take the suspect into custody around 2:30 p.m. but there were no injuries. It wasn't immediately clear if the storefront windows had been damaged by gunfire.

There were no injuries reported but a handgun was recovered after a large Los Angeles Police Department presence descended on Main Street near 11th Street just before 3 p.m.

A handgun was recovered at the scene where a woman was taken into custody after several storefront windows were broken in downtown Los Angeles.

There were at least two or more storefront glass windows that had large holes smashed out of them.