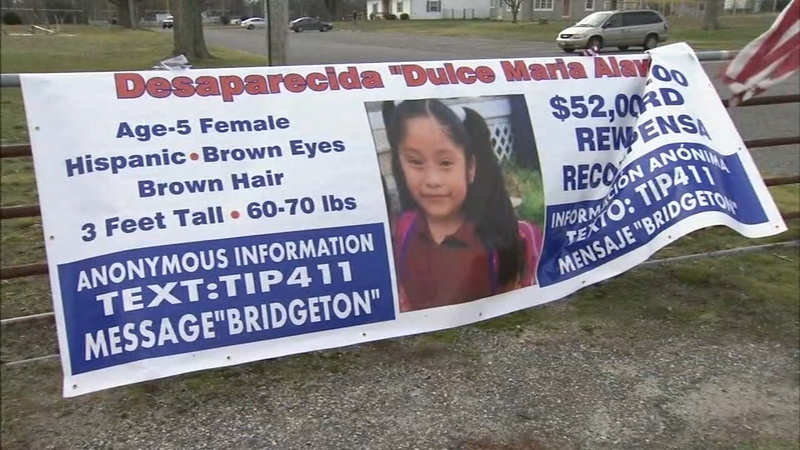 The site is a memorial that's been present at the park since the disappearance of 5-year-old Dulce Maria Alavez back in September.

The child was reportedly last seen playing with her little brother at a nearby playground and hasn't been seen since.

The chill in the air in contrast to the heated emotions felt by the child's friends and family who claim support from the community has been wavering.

"It's really hard for us 'cause we're not getting any answers no more, not like we used to. They just keep saying their investigating, but literally there's no answers," said Dulce's mother, Noema Alavez.

Noema Alavez Perez spoke out about her missing daughter, Dulce Marie Alavez, in an interview on "Dr. Phil."

Now roughly eight months pregnant, Dulce's mother marched along with supporters from the park Dulce was last seen to the steps of city hall.

During their meeting, supporters asked the mayor for things like waived fees for permits to hold vigils and amnesty for undocumented residents who may be afraid to come forward with information.

The gathering is also the first time the family has met face-to-face with the city's leader.

"Are you going to put cameras at the park?" asked Alavez.

"Yes, we are looking to see how we can make that happen," the mayor responded.

"We'd rather have him tell his city not to give up," said family spokesperson Jackie Rodriguez.

Dulce's mother is not giving up either.

"We miss her a lot. We're not going to give up until we find her," she said.

The mayor says later this month he's organizing another flyer distribution around the city to get the word about the search for Dulce.