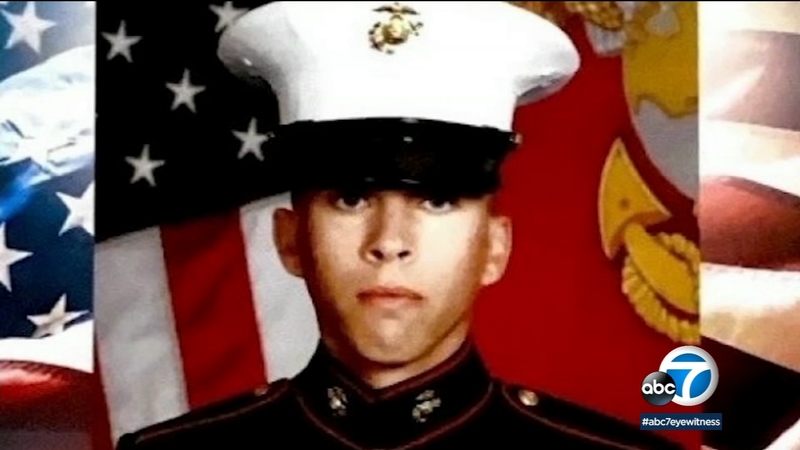 Hundreds turned out at Forest Lawn to honor the fallen Marine. More than a dozen speakers remembered him as larger than life, a man who was mature beyond his years.

Merola's remains were escorted in a procession Tuesday from Ontario International Airport through the streets of his hometown of Rancho Cucamonga -- including a pass by his alma mater Los Osos High School, -- eventually arriving at Forest Lawn in preparation for Sunday's services.

Thousands of people lined sidewalks and freeway overpasses along the procession route, many of them holding American flags.

Merola, 20, died Aug. 26 in the attack at Kabul Airport that also killed 10 other Marines, a U.S. Navy corpsman and a U.S. Army soldier, along with more than 100 Afghanis.

The public funeral service for Merola was followed by a private burial service.