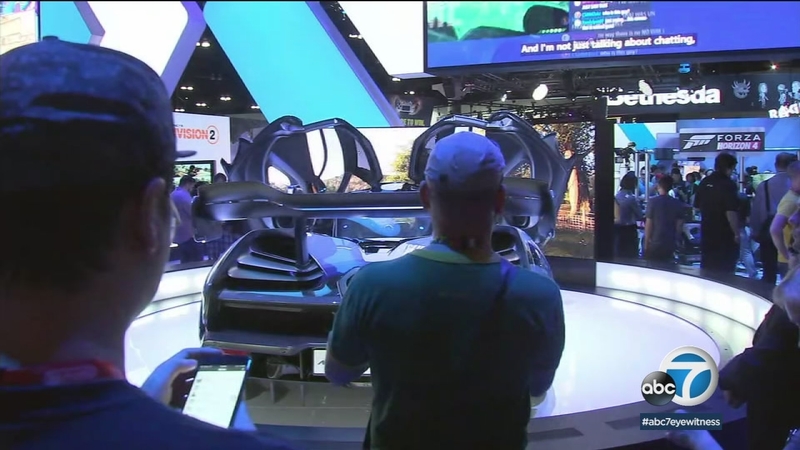 Thousands of gamers flock to E3 expo in LA

LOS ANGELES (KABC) -- For video game fans, there's no better place to be than E3, where thousands of video game fans gather in downtown Los Angeles for the epic expo.

With more than 200 exhibitors sporting eye-popping displays, it is easy to see why members of the video gaming industry flock here.

"All these different companies show off their new games for the year and announce things, and it's a first look at a lot of stuff," said Ashley Anderson, who came from Seattle to attend.

"I want to try the new "Smash Brothers." It's maybe my favorite game in the world," he said.

E3 has historically been open only to gaming industry professionals and the media, but last year tickets were sold to a limited number of the public, and gamers are back again this year.

"It definitely changes the vibe of the area, and so it's good to see the fans," said Mark Webster. "I like to see people get their hands on a game for the first time, so it's exciting."

Fans could be one reason attendance jumped more than 35 percent last year to 68,000 people to check out the latest games from software developers and the big announcements from console makers.

The three-day long expo is an exercise in sensory overload.

"It's like Las Vegas inside this building right here," said Nicshelle Farrow of Compton.