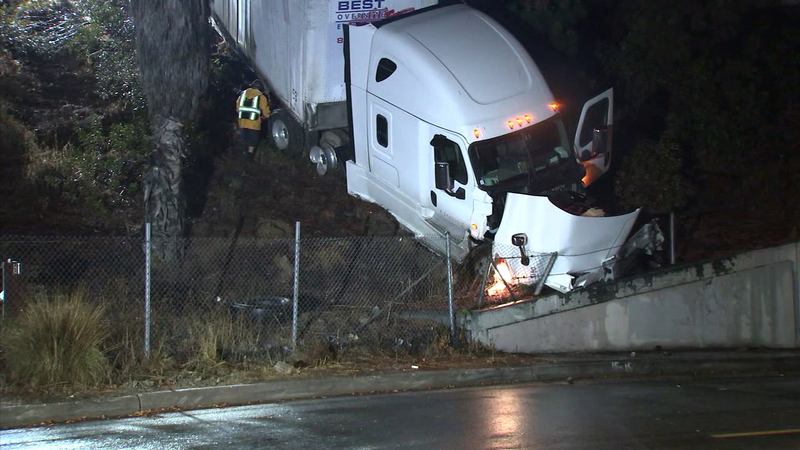 EAGLE ROCK, LOS ANGELES (KABC) -- A semi-truck veered off the 134 Freeway and crashed on a steep embankment in Eagle Rock on Thursday morning as light but steady rain pelted the Southland's roadways.

The crash was reported shortly after 2 a.m. near Figueroa Street, according to the California Highway Patrol. The truck driver told investigators that he was sideswiped by another vehicle before his big rig drove off the freeway.

The CHP closed three eastbound lanes as crews worked to clean up a fuel spill at the scene.